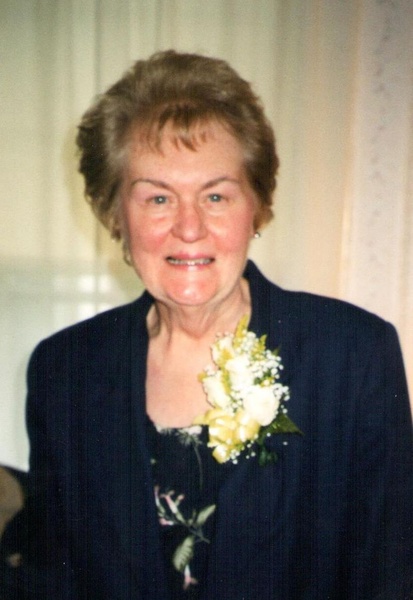 Joan M. (Carroll) Norton age 82 of Charleston, SC formerly of Maynard passed away peacefully on September 7th 2014. She was the beloved wife of the late Thomas Henry Norton, Jr.

Raised and educated in Massachusetts and later New Mexico, she graduated from Los Alamos high school, New Mexico. She married Tom on October 30, 1965 and soon settled in Maynard.

Joan was a devoted wife and loving mother, she was also a faithful parish member of St. Bridget's Church, her family and faith was a very important part of her life.

Joan worked at the U.S. Army Natick Laboratories earlier in her career. Later in life she worked as a dietary aid for Rivercrest Deaconess in Concord, MA as well as Life Care Center in Littleton, MA.

Family was the center of her life, she enjoyed holidays, reunions and gatherings as well as spending time on Cape Cod, traveling, baking and her daily walks. She was also a lifelong Boston Red Sox fan.

Family and friends will gather for Joan's life celebration on Friday, September 12th from 5-9 pm in the Fowler-Kennedy Funeral Home, 42 Concord St., Maynard. Her funeral mass will be celebrated on Saturday, September 13th at 10am in St. Bridget Church, 1 Percival St., Mayanrd. Interment will follow in St. Bridget's Cemetery, Maynard.

Gifts in Joan's memory may be made to the Alzheimer's Assoc., 480 Pleasant St. Watertown, MA 02472 www.alz.org