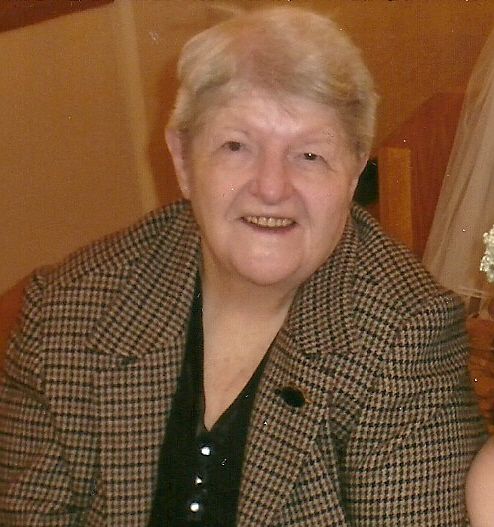 Jean A. (Hapgood) Dwinells age 86 of Stow passed away on Wednesday, April 23, 2014 at Emerson Hospital. She was predeceased by her brothers. She was the wife of the late Charles Howard Dwinells and mother of the late Kenneth E. Dwinells.

Born in Marlborough on May 26, 1927 she was the daughter of the late Bert and Hilda (Bamford) Hapgood.

Raised in Gleasondale, she graduated from Hale High School, Stow in 1944. She soon married and settled in Stow.

A devoted wife and mother she enjoyed spending time with her loving family as well as knitting, playing bingo, shopping, reading and doing puzzles.
Survivors include her brother-in-law and sister-in-law Donald "Gene" and Rita Dwinells of Stow, daughter-in-law Carol Dwinells of Clinton, grandchildren Scott

Dwinells of Clinton and Keith Dwinells and his wife Heather of Marlborough and great-grandchildren Colin and Erin Dwinells.

A graveside service will be held at Brookside Cemetery, Gleasondale Road, Stow Friday May 2nd at 10:00am.

Donations in her memory may be made to:
American Heart Association
30 Speen Street
Framingham, MA 01701