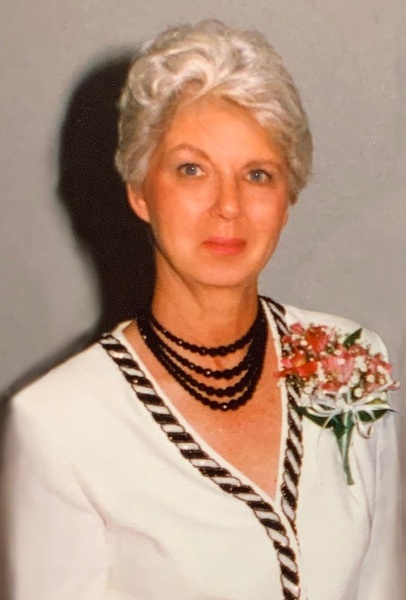 With great sadness, the family of Janet Sue Vest, nee Ahern, announces her passing on Sunday, February 6 in Concord, Massachusetts at the age of 83. She was surrounded by her family both virtually and in person.

Janet was born in Kansas City, Missouri to Herbert and Sarah in 1938. Her sister, Nancy was her childhood playmate and partner in crime for most of her life. She also grew up with her step brother, Gary Ahern and half sister, Lynn Pierson.

Janet married Ronald Lee Vest in 1956 and, after Lee's service in the Air Force, eventually settled in Prairie Village, Kansas to raise her family. They were married for an extraordinary 62 years until Lee's passing in 2018.

She brought love, humor and devotion to motherhood for Dale Vest of Overland Park, KS, Chris Vest and Cathy Piolino of Dolores, CO, Jeff Vest and Nancy Van Buskirk of Lawrence, KS, Scott and Kristie Vest of Oswego, IL, and Kerry Bernard and Dan Costello of Maynard, MA. She was a generous and memory-making "Mimi" to Sam Vest, Trevor Vest, Mia Vest, and Brenna Bernard. She raised all the children in her life to be very sure in her love for them, open to learning about the world and traveling it, the importance of digging in the earth and being respectful of all the people and animals on it.

Janet made a beautiful home and garden. Her treasured recipes were once featured in the Kansas City Star and will be passed through families and friends for generations. Her eye for decorating turned professional in the early 1980's with a career designing and decorating some of Kansas City's finest hotels and banks for Christmas. Naturally, the Vest Family Christmas tree was fit for a showroom, changing and dazzling from year to year. Janet was also an avid gardener. She built her Victory Garden and flower beds by hand, nurtured her late grandmother's cherished Hydrangea and maintained multiple flower pots into her early 80's from her wheelchair. She was regularly consulted for her experience and eye for color and design by her friends and her own children, who all grew to become avid gardeners themselves.

Janet's favorite things besides a hot cup of coffee, a good book or her loved ones included dogs, dogs, and more dogs. After a decade breeding and raising Cocker Spaniels, Janet turned to rescue and became an activist and adopter of no fewer than 10 retired or rejected racing Greyhounds. And then Meadow came along, her final Cocker Spaniel, who she adopted from Puppies for Parole, a "reform" program for prison inmates who train unwanted dogs to become more adoptable. It was Meadow who accompanied Janet on her move in 2019 from Prairie Village to Maynard, MA where they made their final home at Camellia Gardens Retirement Community.

Janet's voracious appetite for reading kept her at the library regularly. Ironically, she had just finished the extensive J.D. Robb series only days before her passing.

That twinkle in her eye from girlhood remained her whole life. Janet's wit and often self-deprecating humor constantly cracked people up and she appreciated a good zinger right up to the end.

Her loved ones hope that in whatever world Janet finds herself now, she is surrounded by Lee, Nancy, her beloved companion animals, a soft blue blanket for napping, and cherry danish. Janet will be laid to rest at a private ceremony at Leavenworth National Cemetery, next to Lee.

In lieu of flowers, please donate on her behalf to KC Retired Greyhounds as Pets, https://kcregap.org/ or your favorite local animal rescue.