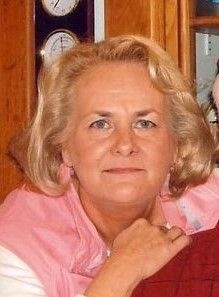 She was born in Concord, MA on October 1, 1948, the daughter of Veikko "Al" and Frances Halloran Saaristo. She was a graduate of Acton-Boxboro Regional High School. She worked many years as a legal secretary retiring after 15 years of service with Wilmer, Hale and Dorr, State Street, Boston. Janet retired to Old Orchard Beach, Maine in 2012.

She loved the tranquility of the Maine beaches. She also spent her retirement winters in North Port, FL where she enjoyed playing in the Olympics of Bocce. When she wasn't competing, she loved to play golf, scrapbook, gardening, motorcycling and loved having her children and grandchildren come stay with her at the beach.

She is survived by her best friend and life partner Richard Dunn, sons Robert McKean and his wife Roeuny of Ayer, MA and Christopher McKean and his wife Laura of Westford, MA, a brother Kevin Saaristo, two sisters Pamela Quinn and Susan Helander, and 5 grandchildren, Alyssa, Gabriella, Brady, Rachel and Ryan. Janet was predeceased by a brother Howard Saaristo.