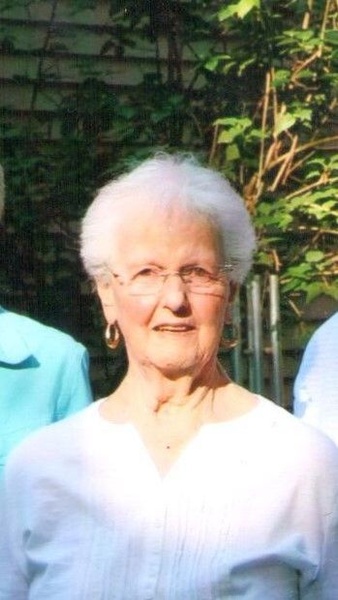 Born in Concord, MA on October 3, 1930, she was the daughter of the late Robert and Barbara (Swift) Goucher. Janet was a lifelong Stow resident. She graduated from Hale High School, class of 1948.

Janet was a wonderful homemaker and cook. She was active in the Stow community and was an avid painter of watercolors and Wee-Forest Folk miniatures. Janet loved watching trains with her husband. She enjoyed their summers on the lake in Maine, trips to Myrtle Beach, watching her grandchildren grow up, and late in life snuggles with her great-grandsons. She also enjoyed her gardens and birds at their home.

Janet will forever be remembered by her husband Robert F. Derby of Stow; her children; daughter Cheryl B Hevey and her husband Marc of South Hiram, ME, son Keith A. Derby and wife Leslie of Northborough, MA; grandchildren and their families, Keith and Allison Hevey (great-grandsons, Liam and Elias), Nicholas and Samantha Derby (great-grandson Parker), and Kyle Derby. Janet is also survived by her siblings; Alice Mortensen and husband Richard, Nancy Grant and husband Donald, Richard Goucher, Theodore Goucher, brother-in-law Albert "John" Sagar and sister-in-law Elizabeth MacGilvra and husband Bruce. Janet will also be forever remembered by her numerous nieces, nephews, extended family and dear friends. She was pre-deceased by her sister Loretta Sagar and her sister-in-law Renee Goucher.

In lieu of flowers donations may be made to: National Parkinson Foundation, 200 Southeast First Street, Suite 800, Miami, FL 33131