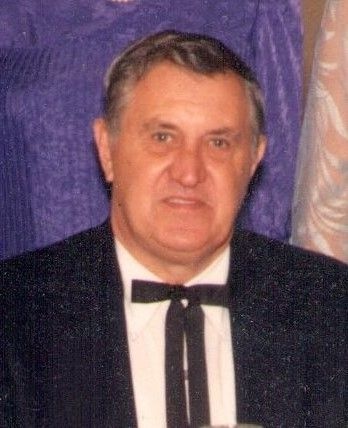 Herbert A. "Herbie" Torppa, 90, of Maynard, passed away on Tuesday, May 23, 2017. He was the loving husband of the late Betty A. (Teele) Torppa and devoted father to the late Diane Tucker and Lynn Giguere.

Born in Maynard, on the Torppa family farm, on September 12, 1926, he was the son of the late Hugo Torppa and Siiri (Valkin) Torppa. Herbie was raised and educated in Maynard. He graduated from Maynard High School, class of 1947. Herbie worked at Maynard Motors and later at Auto Machine Service. He and his brother Harold "Buttons" purchased Auto Machine Service and enjoyed running the company for fifty years together.

Herbie and Betty were married for over sixty years. The couple enjoyed square dancing together. Herbie was a self-taught mechanic and had a passion for automobiles, trucks and airplanes. He was a member of the American Truck Historical Society, The Maynard Area Auto Club and Experimental Aircraft Association. He was an avid flyer of his Cessna. He was always looking for that perfect 1946 Dodge truck to purchase. Herbie was a proud member of Knights and Ladies of Kaleva. He always had a smile on his face and had a joke to be shared.