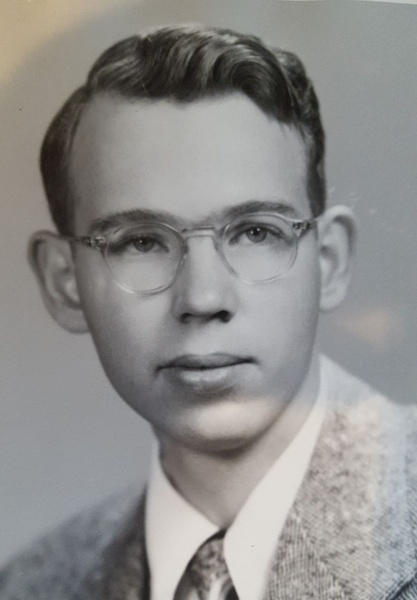 Harry F. Chapell Jr., 87, of Foxborough, formerly of Maynard, passed away peacefully Wednesday, September 20, 2017 at the Village at Willow Crossing in Mansfield, MA surrounded by his loving family. He was the loving husband of sixty-three years to Carolyn M. (Carlstrom) Chapell.

Born in New York, New York on September 23, 1929, he was the son of the late Harry F. and Harriet (Cabot) Chapell. Harry graduated from Southbridge High School. After his junior year he enlisted in the United States Army and proudly served his country. Harry was stationed in Japan post World War II and served as a Postal Clerk. After returning home he completed his senior year at Southbridge High School and following graduation he attended Worcester Polytechnic Institute, graduating in 1954 with a degree in Physics and Mathematics.

Harry and Carolyn married on June 26, 1954 and after one year in Morristown, New Jersey, settled in Maynard to raise their family. Harry was an active resident of the town serving on the High School Building Committee in the 60's and was Chairman of the Conservation Commission from 1970 until 1980.

Harry worked as a Microwave Engineer for Bell Laboratories and later, Raytheon. He holds several patents for microwaves that were developed when he worked for Sage Laboratories, Inc. Harry retired in 1997.

Family was most important to Harry. He enjoyed gardening and traveling the world. He especially enjoyed his trips to Australia and Sweden. Harry was a passionate reader and birder. He loved a good piece of chocolate. One of his favorite hobbies was ham radio operator.