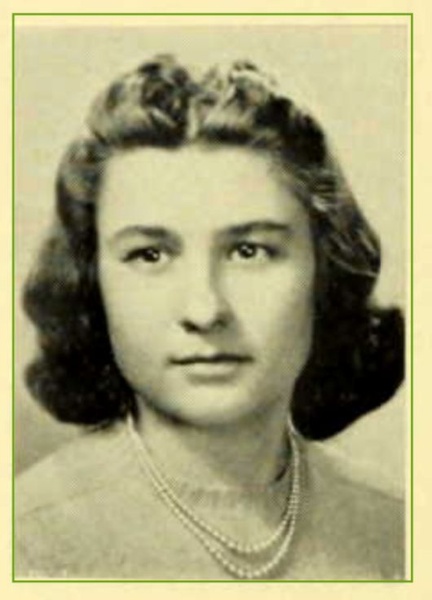 Helen Katherine (Williams) Johnson, 95, of Berlin, Massachusetts passed away August 26, 2020, after a period of declining health.

Kay was highly intelligent, industrious, and gregarious. She grew up in Brockton, Wakefield, and other Boston area towns. With her two sisters, she spent each summer of her childhood in Guilford and Palmyra, Maine with their grandparents. She graduated from Wakefield High School in 1942 and from Boston University in 1946 on a scholarship from HP Hood with a bachelor of science in home economics.

In 1950, Kay married the late Allan C. Johnson, Jr., who preceded her in death on June 9, 2020. She and Allan lived for several years in West Acton before establishing Johnson's Greenhouses on Central St. in Hudson, where they raised geraniums, chrysanthemums, and three children. Kay taught her children to garden, can, cook, ride the T, and stand up straight.

In addition to working full days in the greenhouse, Kay taught adult education sewing and tailoring at Hudson High School for many years. She was skilled in many crafts including upholstery, stenciling, and caning. She also served as director of Christian education for many years for the Hudson United Methodist Church and sang in the church choir for 22 years. After retirement from the greenhouse business, she served as a volunteer for the Hudson Historical Society Museum and co-authored several books on the history of the town. She and Allan also traveled extensively throughout North America in their RV and through the Elderhostel program.

The family wishes to extend its thanks to the outstanding professionals of Reliant Medical Group, St. Vincent's Hospital, UMass Memorial Health Care, and Salmon Hospice Care as well as Katherine's personal caregivers, Ruby, Agatha, and Genevieve. Katherine's ashes will be interred in Boxborough alongside Allan's. A graveside service will be at the family's convenience, Rev. John Taylor presiding. Arrangements by Fowler-Kennedy Funeral Services of Maynard.

Besides being an exceptional gardener and cook for her own family for many years, Katherine fed many others as school lunch director for Littleton schools and as organizer and bean baker for many ham and bean suppers at the Methodist Church. Memorial donations may be made to: Hudson Community Food Pantry, 28 Houghton St., Hudson, MA 01749.