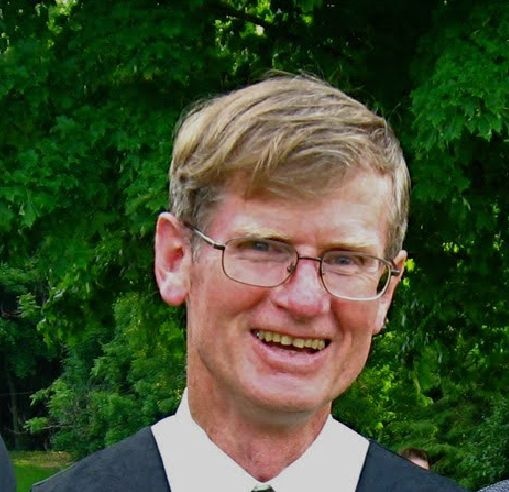 Stow lost one of its honored and valued citizens when Gregory D. "Greg" Jones, age 75, passed away peacefully at his home, on Sunday, August 9, 2020. In spite of over eight years of intensive treatment for Multiple Myeloma, Greg continued his involvement in the community, serving in many ways throughout. Gregory was the loving husband of Barbara B. (Hopgood) Jones.

Born in Oakland, California on November 9, 1944, Greg was the son of the late Joseph E. and Christine (Donovan) Jones. Greg was raised and educated in Lexington, MA, graduating from Lexington High School class of 1962. An outstanding athlete and scholar, he went on to play football and lacrosse at Yale University, graduating in 1966. The following two years were devoted to the Peace Corps, where he served as a teacher in Nigeria. His experiences there built upon his innate altruism and natural impulse to help others, characteristics he displayed throughout his life.

Greg and Barbara, married in 1971, moved to Stow in 1972 where they have resided since, with the exception of 1976-77, two years in which they lived and worked in Iran. A talented software engineer, Greg worked for several companies and consulting firms before establishing his own successful practice. However, his true passion was for making a positive difference in his community.

Greg's involvement in the community included serving nine years as Selectman, as well as on the Master Plan Committee, School Building Committee, Land Bank and other boards. He helped establish the Stow Housing Authority and served as treasurer from 2003 to the present. He was active in developing Pilot Grove Phase Two and has been advocating for a second phase of Plantation Apartments for nearly ten years.

He held positions of leadership in the First Parish Church of Stow and Acton for forty years, including Parish Chair, Finance Committee, and treasurer. He was dedicated to keeping alive the experience of those Peace Corps volunteers who served in Nigeria, serving over ten years as president and web designer for Friends of Nigeria (FON), work he continued until last week.

Family was very important to Greg. He modeled a strong work ethic, a sense of fairness, respect for others, and the joys of engaging in a challenge – physical or intellectual. Always an avid athlete, he cherished coaching his children in sports and played league soccer until the progression of his disease prevented him from doing so. He enjoyed playing cards and had the uncanny way of winning, no matter what the hand he was dealt. His understanding of social issues was deepened through extensive reading, participation in forums, outreach programs and cultural events.

All who had the privilege of knowing and working with Greg recognized and appreciated his integrity and his selfless commitment to the betterment of conditions for others. An unpretentious and modest individual, he leaves a legacy of good works and good will.

A fitting celebration of life will be held at a later time.

Gift's in his memory may be made to: MMRF (Multiple Myeloma Research Fund); Friends of Nigeria (friendsofnigeria.org), First Parish Church of Stow and Acton (fpc-stow-acton.org), or a charity of your choice that promotes the restoration and expansion of voting rights.