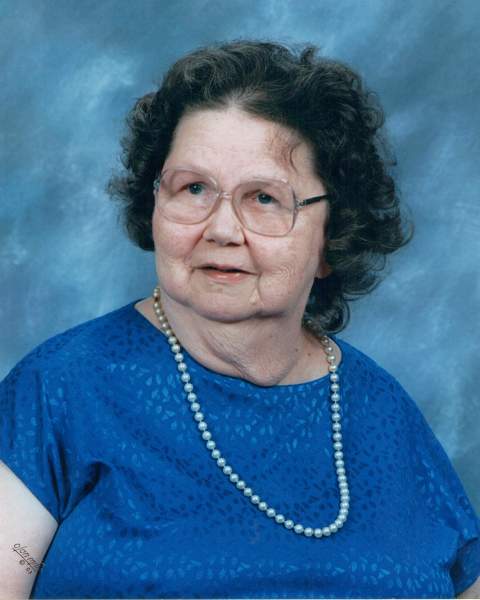 Gertrude E. (Erkkinen) Hyden, age 97, of Acton, formerly of Stow, passed away peacefully on Sunday, September 11, 2022. She was the loving wife of the late Tayno V. Hyden.

Gertrude was born in Stow, Massachusetts on June 28, 1925, the daughter of the late John Jacob and Alma Helena (Hanninen) Erkkinen.  She was raised and educated in Boxborough and Stow.  Gertrude and Tayno married on August 25, 1946 in a double wedding with her brother Paavo and his bride Vieno “Betty”, at her family home in Boxborough. After marrying, Gertrude and Tayno rented and resided in the Old West School House on Harvard Road, while they built their home on Red Acre Road, where they moved in 1950 with their son Tayno Jr., born in 1948. Gertrude resided on Red Acre Road until moving to Life Care Center of Acton in 2017.

Gertrude worked at the Assabet textile mills in Maynard as a teenager, and later in the laboratory at Red Acre Farm for over 20 years as a lab technician. She supported medical research at the lab by caring for research rats, a job she was fond of and loved talking about in her later years. She also worked for Tobin Food Service in the cafeteria at DEC in Maynard for many years, until her retirement.

Gertrude was one of the original parishioners of Mt. Calvary Lutheran Church in Acton. She remained a devoted and active parishioner for the rest of her adult life. She enjoyed volunteering in the office, assisting with the weekly bulletins and socializing at senior luncheons and events.

Gertrude will be remembered as a sweet, caring woman who loved to give hugs and had a wonderful sense of humor.  She was a gifted baker and enjoyed making cakes for special family and church events, including weddings, baptisms, and communions.  Gertrude loved listening to music and owned an extensive collection of records and tapes.  She was proud of her Finnish heritage and instilled the same in her family.  Her longevity is a testament to her sisu, or Finnish inner strength.

Gertrude is survived by her granddaughters, Danielle Hyden and fiancé Ryan Whitcomb of Ayer, MA; Mandy Hyden and husband Dylan Burrows of Maynard, MA; her daughter-in-law, Frances Hyden of Stow, MA; and will be remembered fondly by many nieces, nephews and friends.  The family is comforted that she has been reunited with those who predeceased her, including her late husband, Tayno V. Hyden; her son, Tayno V. Hyden Jr., her grandson, Tayno V. Hyden III; her siblings, including brothers Paavo, Toivo, and Ahti Erkkinen, and her sister Bertha Bulli, along with their spouses; and in addition to her parents, her stepfather Matti Erkkinen.

Family and friends will gather to honor and remember Gertrude on Friday, September 16, 2022, from 10:00 a.m. – 11:00 a.m. at the Fowler-Kennedy Funeral Home, 42 Concord Street, Maynard. Her Funeral Service will follow at 11:00 a.m. A burial will follow at Brookside Cemetery, Stow.

In lieu of flowers, gifts in her memory may be made to Stow Council on Aging, via the Stow Friends of the Council on Aging (SFCOA) PO Box 97, Stow, MA 01775.  Please indicate in memory of Gertrude Hyden.