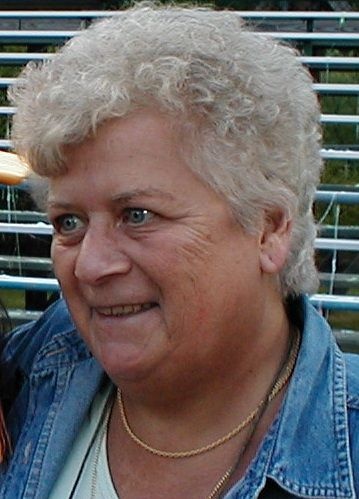 Gayle D. (Benware) Parker, 69, of Northborough passed away on Friday, July 14, 2017. She was the loving mother of William Parker.

Born in Hubbardston, Massachusetts on December 14, 1947, she was the daughter of the late Clyde Benware and Violet (Dow) Lombardo. Raised and educated in Westborough, Gayle graduated from Westborough High School, class of 1965. Gayle attended Quinsigamond Community College and received her Associates Degree in Business, class of 1967. She started Gayle's Catering, a coffee truck business in Hopkinton and successfully ran the business for ten years. In 1990 Gayle purchased Scoops Ice Cream in Upton on route 140 where she cooked hand cut french fries and native fried clams. She later expanded the business adding an eighteen hole mini golf course. Gayle retired in 2005. She enjoyed writing poems and traveling the country in her retirement years.

She is survived by her Son William Parker and wife Janine of Maynard, Granddaughter Michelle and husband John Shepard of Hudson, Great Granddaughter Mackenzie Violet Shepard. Her two cousins Debbie Rodgers of VT and Bobby Rodgers of Virginia. Gayle was pre deceased by her two brothers Wayne Benware and David Benware.

This poem was Published in the Friendly's Ice Cream Corporate newsletter Circa 1977, written by Gayle, who was a waitress at the Westboro Friendly's at the time, Age 19 or 20.

one never knows when on a day shift
or night,
you might walk into the store and see such a sight -
that you change your mind - you don't want to work -

So you run to the service room and there you lurk -
knowing you've got to go through that door -
The shift supervisor is screaming "come out on the floor! "

So you hurry right out and sign in right away,
"Who's in charge, What's the soup, and am I in a bay?"

you plunge right in, start doing your job,
Let's cash out some people and thin out this mob!

confusion is taking over -- you soon realize,
there's a man in 7 who's missing french fries--

but ah-ha -- here's a lady who's fussing about-
she's got an extra order that she can do without!

There are customers complaining in C Bay you're told,
So you square them away nicely,
Because our customers are gold.

the store soon empties and settles down,
but not the crew, they are still running around--

getting the store back in shape and helping out,
Teamwork's a must and we know what it's aboot.

our shop is tops -- we work hard for it, you know,
but our manager's the one who makes us go.

He's got the drive behind the crew, has our respect- fun to work with too!

One or two more things before I run along,
remember the 7 steps and you can't go wrong!
And " to please all is to please none" so some say---

but not at Friendly's, for we do it the right way!