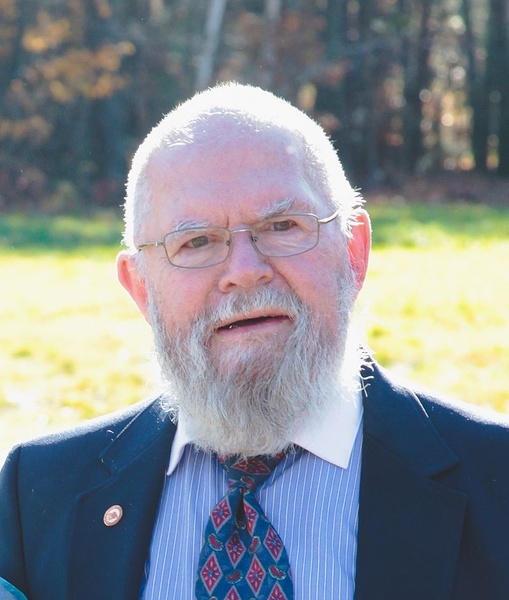 Born in Boston, MA, on December 16, 1931, the son of the late Frank R. Sr. and Pauline F. (Murphy) Hill. Raised and educated in Boston, Frank graduated from Boston English High School (1949). He attended Boston University, earning Bachelor's (1953) and Master's Degrees in Education (1959). Frank and Barbara were childhood friends marrying on December 26, 1953, while Frank was on leave from the United States Marine Corps. The couple settled in Maynard in 1961 to raise their growing family together.

Frank spent his early career as a physical education teacher and coach in Jonesport, ME, Chelmsford, and Weston before becoming the principal of Maynard's Green Meadow Elementary School in 1978. Mr. Hill was a pillar of the education community in Maynard. He stood outside and greeted his students as they emptied off the school buses every day, always with a smile, his classic sweater, and a wise beard. Mr. Hill retired in 1993 but remained a big part of the Maynard community. He loved his town serving on multiple school building committees, the Conservation Commission, and the Library's Board of Trustees.

His family was very important to Frank, and he was a regular presence at all of his children's and grandchildren's concerts, plays, and sporting events. He loved sharing his passion for woodworking with family, friends, and the community. Wooden toys became his specialty under the imprint of Ganky's Workshop. A proud supporter of the WAVM Beacon Santa Telethon, his wooden toys were auction item staples for many years. During retirement, Frank and Barbara loved to travel. They enjoyed hitting the open road with their camper, visiting all of the lower 48 and parts of Canada. They also enjoyed cruises making it to Alaska and Hawaii, and much of Europe.

Due to the current restrictions, Frank's burial at Glenwood Cemetery will be private.

A fitting celebration of Frank's life will be held at a later date.