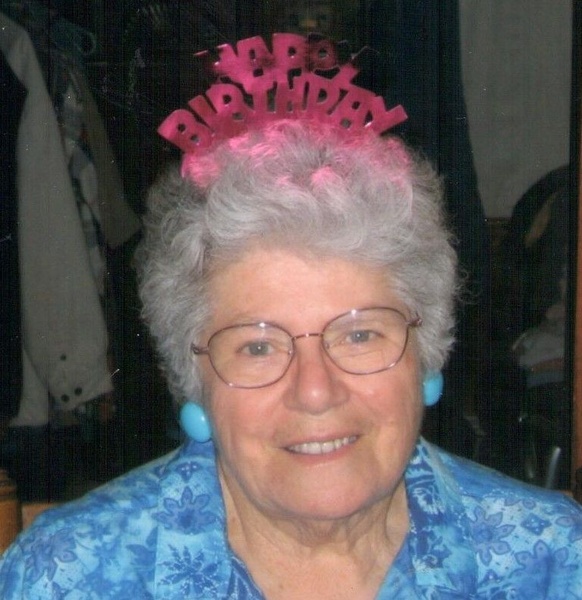 Frances "Fran" (Leard) Maki, age 89, of Maynard, died Sunday, December 25,2016 at her home in Stow surrounded by her loving family.

Fran was born in Nashua, NH daughter of the late Frank and Gertrude (Goodearl) Leard. She was the oldest of five siblings raised in Nashua. Beloved wife of the late Allan A. Maki.

Allan and Fran married on September 8, 1946, the couple was married for 66 years. They settled in Maynard, on 6 Upper Beacon Street and raised their family. Fran worked as a bus driver for the town of Maynard for 30 years. She was the first female bus driver hired by the town in 1961. Because of Fran's impeccable driving record and contributions to the town, Maynard Selectmen named November 5, FRAN MAKI DAY. Fran was a member of the Emblem Club and served as President.

Fran had a natural cooking ability and had a passion for cooking. Her specialties included her chicken soup, spaghetti sauce, Finnish pancakes and deviled eggs. She enjoyed making breakfast at the Elks. She loved making jewelry, sewing and quilting baskets. Fran was a loving, caring, and generous grandmother and great grandmother. In earlier winters, she enjoyed her Florida home; close to her brother, Frank, and his loving family. She was known as "Pretty Lady" a name bestowed on her by her nephew, Michael. She was surrounded by much love. Fran also enjoyed her beloved poodle, Amber Rose.

Fran is survived by her loving children Alana Karkman of Stow, Allan R. Maki and wife Robyn of Hudson, Eric A. Maki and Pat Horgan of Waltham. Her five cherished grandchildren and six great-grandchildren.