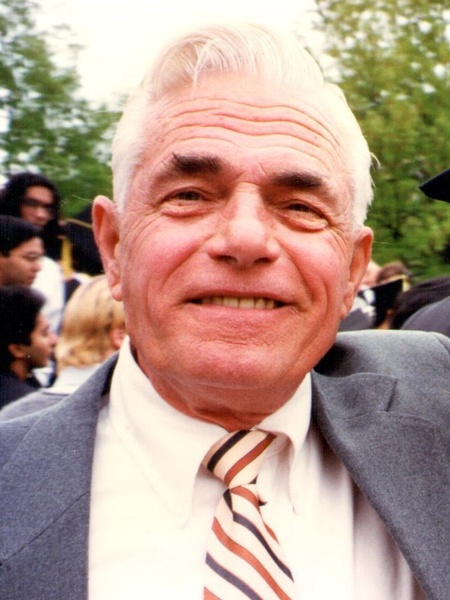 Eugene B. Bunce, Age 79 of Stow, passed away suddenly at Home on Wednesday, November 9, 2016. He was the loving husband of 52 years to Joyce (Torgersen) Bunce.

Born in Bay Shore, New York on January 14, 1937 he was the son of the late Eugene H. and Ellen (Flynn) Bunce. Raised and educated in Bay Shore, New York. He graduated from Sea Cliff H.S and received his Bachelor of Science degree in Civil Engineering from New England College. He served in the U.S. Marine Corps Reserve and was a member of the American Legion. Gene was also an avid inventor and was awarded many U.S. Patents. He founded Bunce Industries of Stow, MA.

Gene enjoyed fishing, hunting and skeet shooting. He was a life member of the National Rifle Association, Maynard Rod and Gun Club and Riverside Gun Club. His most recent interest was restoring, driving and showing classic cars. He was a member of The Minuteman Model "A" Club, Maynard Area Auto Club, Central Mass. Model T Club, N. E. Vintage T-Bird Club and the Early V8 Ford Club. He was a contributing supporter of the Model "A" Ford Museum @ Gilmore in Hickory Corners Museum Complex in Michigan.

He is survived by his loving wife Joyce and his children Sandra Wheeler of West Simsbury, CT, Mark Bunce of Gardner, MA, Craig Bunce of Warrington, PA, Erik Bunce of Orlando, FL, Jennifer Bunce-Stone of Boxborough, MA and 8 grandchildren and 2 great-grandchildren.

Memorial donations may be made in Gene's name to the Stow Food Pantry at P.O. Box 437, Stow, MA 01775 or The Salvation Army.