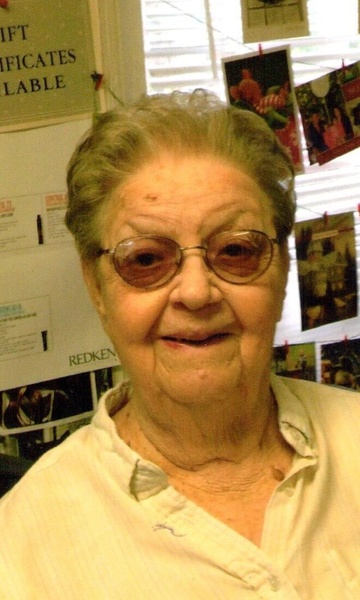 Esther Hilma (Hekkala) Hartman, 92, passed away surrounded by her loving family on Tuesday, June 6, 2017. She was pre-deceased by her husband Charles Holden Hartman.

Born in Maynard, MA on August 6, 1924, she was the daughter of the late Yrjo Hekkala and Hilja (Koskinen) Hekkala. Raised and educated in Maynard, she graduated from Maynard High School in 1942. Charles and Esther married on November 8, 1947, lived in Maynard while building their future home in Shirley, MA and raised five children. Esther had worked for Digital Equipment Corporation for many years, and was a proud member of the Ladies of Kaleva at Fort Pond.

Family was most important to Esther. She loved hosting holidays and cooking for the entire family and friends who would stop by. She loved entertaining others, and was part of a group called "The Headliners" where they would sing and dance for their audience. Esther was a proud Finnish woman and enjoyed making traditional dishes, such as, Finnish coffee bread "Nisu" which was a staple and everyone enjoyed her cabbage rolls and baked beans. She cherished traveling home to Finland, and to many other places with her daughter Karen. Esther loved watching NASCAR and following the career of "The Intimidator" Dale Earnhardt number 3 in the Goodwrench car. She also loved watching other sports including the Boston Red Sox, Boston Bruins and New England Patriots.

Family and friends will gather to honor and remember Esther on Thursday, June 15, 2017 from 5:00 to 8:00 p.m. at the Fowler-Kennedy Funeral Home, 42 Concord St., Maynard. Burial will be private, Glenwood Cemetery, Maynard.

In lieu of flowers, donations can be made to the Friends of Nashoba Nursing Service & Hospice, 3 Patterson Road, Suite 3, Shirley, MA 01464.