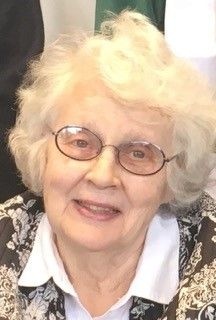 Born in Boston, Massachusetts on August 28, 1937, Esther was the daughter of the late Charles A. and Eugenia (Kelly) Stewart. She was raised and educated in Hartford where she graduated from Mount St. Joseph Academy in 1955 and received her Bachelors Degree from the School of Fine Arts at the University of Hartford in 1959.

Esther and King met at a summer cookout on Long Island while both were working in New York City and married on August 22, 1964. They started their life together in Brooklyn Heights and moved to the Eastern Shore of Maryland. They settled down at White Chimneys Farm, which was their cherished home for nearly 50 years and where they raised their daughters. The couple loved to travel together and enjoyed collecting mementos and memories of their trips to Europe, the Middle East and Africa.

Esther was a passionate reader with a great love for art and poetry. She took joy from her roses and gardens at White Chimneys and Stow and enjoyed her pets. She dedicated much of her life to her children and their families and together they shared the biggest moments of their lives and so many of the small ones.

In lieu of flowers donations may be made in honor of Sierra Club, Lower Shore Land Trust, Inc. or Friends of Blackwater, Inc.