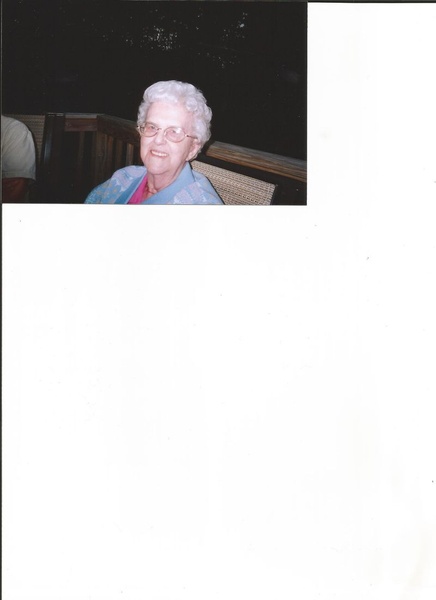 Emelda (Morneault) Ouellette age 95 of Maynard passed away on Tuesday, February 25, 2014 at Concord Health Care Center. She was the wife of the late William Ouellette.

Born and raised in Eagle Lake, Maine, she was the daughter of the late Joseph and Olive (Boutot) Morneault.

She married and settled in Maine raising her children. She later moved to Presque Isle, Maine where she worked for 25 years at the local potato processing plant until she retired in 1984.

Emelda was an active parishioner of St. Bridget Church in Maynard. She enjoyed knitting, word search puzzles, bingo and especially spending time with her grandchildren and great-grandchildren.

Family and friends will honor and remember Emelda's life by gathering for visiting hours on Friday, Feb. 28 from 8:30-11:00am in the Fowler-Kennedy Funeral Home, 42 Concord St., Maynard before leaving in procession to St. Bridget Church, 1 Percival St., Maynard where her Funeral Mass will be celebrated at 11:30am. Interment in Presque Isle, Maine at a later date.