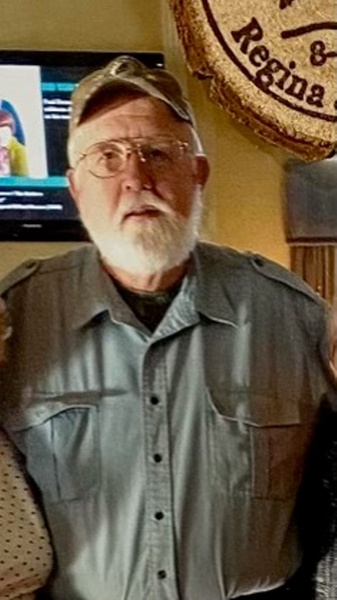 Ellis J. Clark, age 74, of Lyman, Maine, passed away peacefully on Thursday, January 7, 2021. He was the loving husband of the late Sharon L. "Skip" Clark.

Born in Philadelphia, Pennsylvania, on March 22, 1946, the son of the late Ellis S. and Eleanor (Mattson) Clark. Raised and educated near Philadelphia, Ellis graduated from Wissahickon High School in Ambler, PA, class of 1964. Upon graduation, Ellis enlisted in the United States Air Force and proudly served his country from 1964 - 1968 during the Vietnam War. Ellis attended night school at the University of Lowell where he graduated with a bachelor's degree in Electrical Engineering. Ellis and Sharon married on November 22, 1975 and settled in Maynard to raise their growing family.

Ellis worked as a Supervisor for Data Terminal in the early 70's and as an Engineer for Digital Equipment Corporation in Maynard, MA. Later in his career he worked as a technical support manager for RSA Security and Symantec.

His family was very important to him and he was a devoted husband to his late wife Sharon. Ellis was an avid Amateur radio "Ham Radio" enthusiast, call signs WA1RVV and KC1BC. Ellis was a sportsman. He loved fishing and hunting. He was extremely handy and a "do it yourself" man on many home projects. Ellis cherished his daily routine. He was a good, kind man to all and could be counted on by all for help in times of need.

Due to the current restrictions, Ellis's visitation and burial at New Town Cemetery, Sudbury will be private.

In lieu of flowers, memorial donations may be made in Ellis's name to DAV (Disabled American Veterans) Charitable Service Trust, PO Box 14301, Cincinnati, OH 45250 or at cst.dav.org.