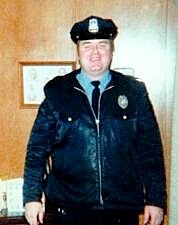 Edwin Arthur Grierson age 65 of Acton passed away on Friday, November 7, 2014 at Emerson Hospital.
He was the husband of 45 years to Gail (Bemis) Grierson.
Born in Waltham on April 14, 1949 he was the son of Barbara (Davis) Grierson of Maynard and the late William Grierson.
Raised and educated in Maynard he graduated from Maynard High School in 1968. He attended and graduated from the Police Academy.

Edwin married Gail and they continued to reside in Maynard where together they raised their children later moving to Acton.
Edwin served his community for 33 years on the Maynard Police Department, retiring as Sergeant.
During his spare time and retirement he enjoyed spending time with his family, traveling, fishing and the casino. He was also a longtime member of the Maynard Elks.

Along with his wife and mother survivors include his children, Scott Grierson and his wife Karen of Townsend and Shawn Grierson of Acton, his grandchildren, Brandon, Andrew and Justin Grierson. He is also survived by his brother William Grierson of Chicago and Nancy Derby of Pepperell. He was also predeceased by his daughter Tracey Grierson.

Family and friends will gather for Ed's life celebration on Thursday, Nov. 13 at 7:00 pm in the Fowler-Kennedy Funeral Home, 42 Concord St., Maynard. Visitation preceding from 6 to 7:00 p.m. Interment in Glenwood Cemetery - private.

Donations in his memory may be made to:
Stem Cell Research at: www.bedfordresearch.org