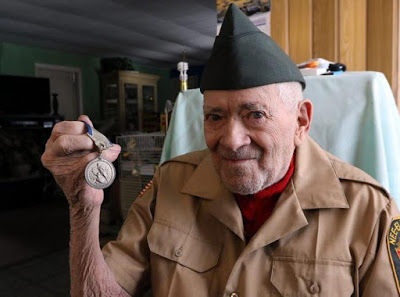 Born in Stow, on March 16, 1929. Edward grew up in Maynard and enlisted in the U. S. Coast Guard in January 1951. Upon completion of training at the Coast Guard receiving center, Cape May, N. J., in April 1951, he was assigned to his present duty on North Atlantic weather patrols aboard the Coast Guard YAKUTAT (WAVP=380), based in Portland, Maine. Mason received the treasury Department Silver Lifesaving Medal for heroic action in the rescue of survivors from the SS FORT MERCER on February 19, 1952.

Edward worked as a plant operator for Assabet Sand & Gravel in Acton for many years. He was a life time member of VFW, American Legion, Moose lodge, Portuguese Club in Hudson, Amvets Post 208 of Hudson, Fraternal Order of Eagles and the Maynard Rod & Gun Club.

He is survived by his loving wife Maria and his children Linda Savoy and her husband Philip Jr. of Shrewsbury, Mary Ann Conlon & her boyfriend Paul Hansen of Stow, Michael E. Mason & his fiancé Lisa Fasolino of Norton, Steven A. and his wife Kristine Mason of Leominster. His sisters Frances Lawton of Hudson, Hazel Miller of Stow and Ruth Dowse of Sudbury. Edward also leaves behind 6 grandchildren and 2 great grandchildren. He was the brother of the late Edward Bemis, Albert Bemis, Leita Ruggiero and Arlene Menard.