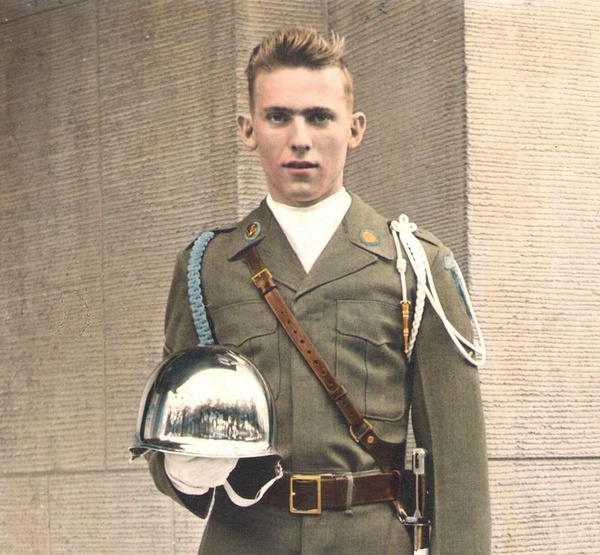 Edward A. "Ed" Johnson, age 82, of Hudson, MA, passed away peacefully on Wednesday, April 4, 2018 surrounded by his loving family. He was the husband of sixty years to Miriam T. (Salmi) Johnson.

Born in Galesburg, Illinois on February 6, 1936, he was the son of the late Frederick Joseph and Beatrice Frances (McCullough) Johnson. Ed was raised and educated in Galesburg, Illinois. He enlisted in the United States Army after high school. Ed proudly served his country during the Korean War: beginning in Berlin (at the "wall") as an Honor Guard for several generals; then to Korea; and his final assignment in Japan.

Ed and Miriam married on January 19, 1958 and settled in Maynard where they raised their family.

Ed worked for the Digital Equipment Corporation in Maynard for fifteen years as a computer programmer. He also worked at Waters Corp. in Wayland. He attended Fisher College in Boston and graduated with his Associates Degree in Business, class of 1983.

Family was most important to Ed. He enjoyed traveling and spending time at the beach in Cape Cod. Ed was a railway enthusiast and enjoyed collecting and customizing model trains and building WWII airplane, tank and ship model kits. He was an avid sports fan, growing up rooting for the St. Louis Cardinals and Minnesota Vikings and later rooting for the Red Sox and Patriots. He had an appreciation for wildlife, especially birds and enjoyed his many pet "cats" through the years.

Family and friends will gather to honor and remember Ed on Friday, April 13, 2018 (Ed's favorite number) from 10:00 a.m. -12:00 p.m. at the Fowler-Kennedy Funeral Home, 42 Concord Street, Maynard. His funeral service will follow at noon. Burial will be private.

In lieu of flowers, donations in his memory may be made to the VNA Hospice & Palliative Care, Fund Development Office 199 Rosewood Drive, Suite 180 Danvers, MA 01923-4539.