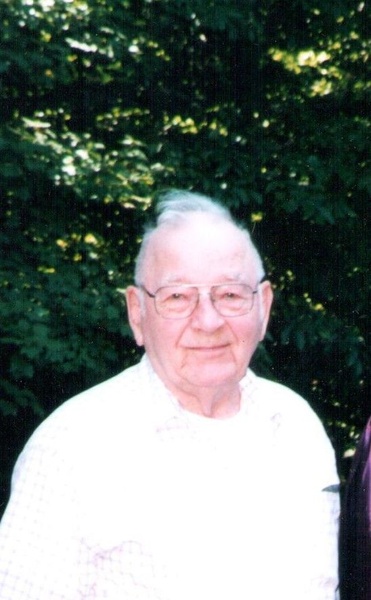 Douglas V. Trefry, age 90, of Stow, passed away peacefully on Friday, May 18, 2018 at Umass Memorial Medical Center in Worcester. He was the husband of the late Elizabeth "Betty" (Stokes) Trefry.

Born in Lynn on February 22, 1928, he was the son of the late Arthur and Esther (Hart) Trefry. Doug was a lifelong Stow resident. He graduated from Hale High School, class of 1946. Doug enlisted in the United States Marine Corps and proudly served his country during WWII.

Doug loved everything about the outdoors, from chopping wood to blueberry picking, hunting, and fishing. He really enjoyed beautiful surroundings. He was a district supervisor for the Commonwealth of Massachusetts Department of Natural Resources and was active in the town, serving at various times as Fire Chief, tree warden, Police Officer and on the Conservation Commission.

Doug leaves behind his children; Donna Trefry of Stow, Karen Collins of Glenville, NY and Bruce Trefry of Stow as well as four grandchildren and two great-grandchildren. He is also survived by his brother Harvey of Barre and three nephews.

There will be no calling hours. Family and friends are invited to attend a graveside service at Brookside Cemetery in Stow Friday May 25, 2018 at 1:00PM.

Those who wish may make a contribution in his memory to the Stow Firemen's Association 511 Great Road, Stow MA 01775.