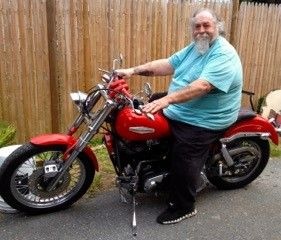 Douglas G. Pendergast, age 66, of Maynard, passed away Thursday February 2, 2017 surrounded by his loving family at Emerson Hospital. He was the loving husband of thirty four years to Kathleene (Quirk) Pendergast.

Born in Concord, Massachusetts on March 8, 1950, he was the son of the late Gerald Douglas and Mary C. (Hartford) Pendergast. He was raised and educated in Maynard. Doug graduated from Maynard High School, class of 1968. Doug and Kathy married on October 31, 1982 and raised their family in Maynard.

Doug worked for LMI Aerospace for many years in Shipping and Receiving. A jack of all trades with many varied interests he was also employed by Rex Lumber, Hypertronics and Life Gas. Upon retirement from LMI he delivered auto parts for Gem Auto.

Doug had a passion for music, collected guitars and amplifiers and was fond of giving musical gifts. Family was important to Doug, always thinking of and taking care of their needs above his own. He was known as the coolest father and Uncle for his many tattoos, practical jokes and generosity. An animal lover, Doug was especially fond of his cat Lulu and his dog Pepper.

Gifts in Doug's Memory may be made to American Heart Association 300 5th Ave, Waltham, MA 02451

Due to today's snowstorm, the hours originally scheduled for this evening, have been postponed until Monday, February 13th from 4:00 – 8:00 p.m.