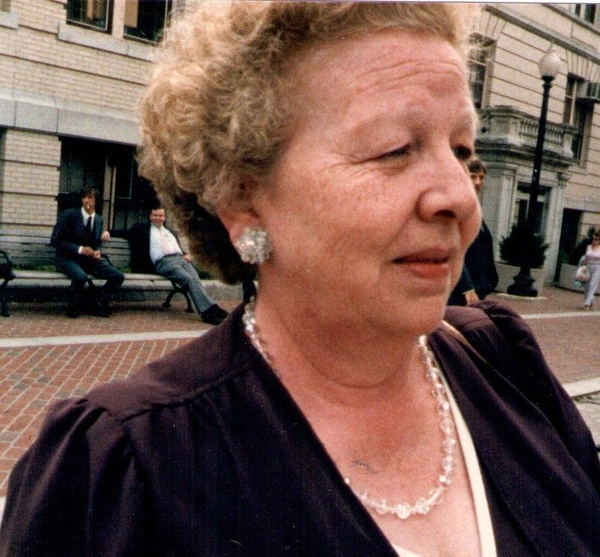 Doris Victoria (Fleet) Latta, 89, of Maynard, passed away on Wednesday, December 6, 2017, surrounded by her loving family. She was the loving wife of the late Garfield Neilson Latta.

Born in Cambridge, Massachusetts on April 22, 1928, she was the daughter of the late Albert B. and Flora (Murray) Fleet. Doris was raised and educated in Cambridge. She graduated from Cambridge Rindge and Latin School, Class of 1946. Garfield and Doris were married April 5, 1946. They moved to Maynard in 1967 and raised their family.

Family was most important to Doris. She loved hosting family events and especially enjoyed cooking for everyone. Some of her specialties included galumpkis, tuna casserole and homemade rice pudding. Doris took pleasure in knitting and crocheting blankets and clothing. She also enjoyed camping in York, Maine and New Hampshire. Doris was also an avid reader.

She is survived by her children; Donna L. Watjus of Maynard, Janet E. Latta of Maynard, Walter A. Latta and wife Lynda of Maynard; her cherished grandchildren, Wally Latta Jr., Mark A. Latta, Benjamin Latta, and Candice Latta; her great grandchildren, Hailey, Anna, Walter III, Benjamin Jr., Sean and Ryan; as well as, many nieces and nephews. Doris was predeceased by her son Richard A. Latta.