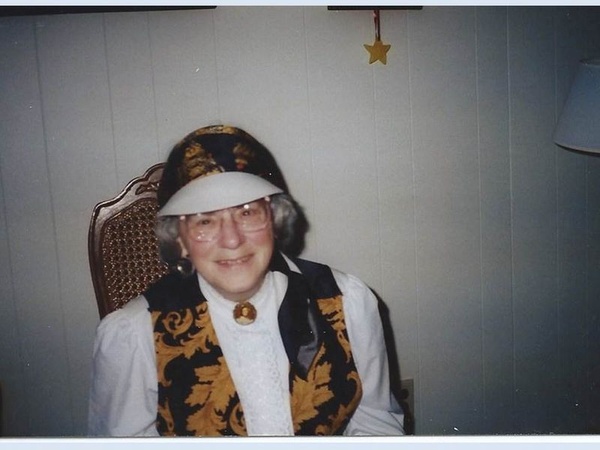 Doris G. (Wiley) Fardy age 97 of Concord, formerly of Maynard, passed away on Monday, February 24, 2014 at Acton Life Care Center. She was the wife of the late Worsley Fardy.

Born in Fitchburg on January 9, 1917 she was the daughter of the late Oliver and Gertrude (Farrar) Wiley.

Prior to her marriage, for three years Mrs. Fardy worked in the Fitchburg office of the Bell Telephone Company as a telephone operator. During the first years of their marriage, she and her husband lived in Norwich, Connecticut where he was employed as an Industrial Arts teacher and where she worked as a substitute teacher. In 1944, Mr. and Mrs. Fardy moved to Maynard, where her husband continued his career as an Industrial Arts teacher.

From 1948 to 1950, Mrs. Fardy owned and operated The Kitchen Kindergarten, a private kindergarten located on Elm Street in Maynard. In the early 1950's, Mrs. Fardy sold cosmetics, worked as a substitute teacher in local schools and was a waitress at Carbone's Twin Tree Cafe. From 1956 through 1968, Mrs. Fardy taught 4th grade in Maynard, first at the Roosevelt School and later at the Fowler School. She was well known, loved and respected by many students and parents.

After Mrs. Fardy and her husband retired from teaching, for several years they owned and operated Trinkets "N Treasures, an antique shop located on Main Street in Maynard. Mrs. Fardy also wrote weekly newspaper columns; first for The Maynard Enterprise and later for The Maynard Beacon. As an active member of the Maynard United Methodist Church, she taught Sunday School, served as President of the Women's Society and participated in and led weekly Bible studies. She also served the Maynard community in many capacities, as a Library Trustee, volunteering for charitable organizations, and was the editor of The Assabet Valley Beacon's 1971 Maynard Centennial Newspaper. Mrs. Fardy authored a book, Buried Treasure. A devoted wife and homemaker, she enjoyed baking pies and other desserts, playing the piano and organ, making quilts and collecting antique dolls.

A woman of faith, she loved the Lord Jesus Christ, her family and friends.

Donations in Doris's name may be made to a charity of one's choice.