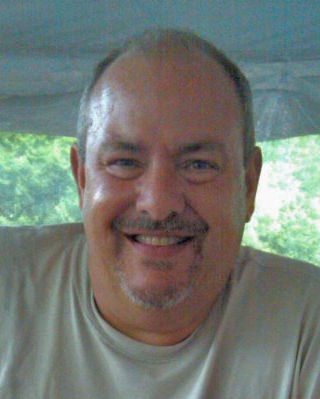 Donald E. "Biff" Watson Jr., age 61, of Fitchburg, formerly of Maynard, passed away with family by his side on Tuesday, October 8, 2019 after a long, hard fought battle. Throughout his illnesses he kept his sense of humor and remained the caring, kindhearted man loved by so many.

Born in Newton, Massachusetts on August 8, 1958, he is the son of Nettie (Keating) Watson and the late Donald E. Watson Sr. Biff was raised and educated in Maynard, graduating from Maynard High School, class of 1976. Upon graduation, Biff went on to attend Middlesex Community College, earning his Associates Degree in Business, class of 1979. Biff was a man of many talents and passions from being a salesman, working at Concord and Littleton Lumber to eBay enthusiast, selling and collecting coins and other collectables. Throughout his life he owned a few small businesses, a painting and drywall company, D. E. Custom Woodworking and finally Biff's Local in Clinton where he sold locally crafted goods from artisans, craftsmen and woodworkers.

Family and friends were the most important thing to Biff. He cherished attending his grandchildren's sporting events and playing poker and cribbage with friends. He took great pleasure in spending time around the campfire at his campsite in Biddeford, Maine. Biff was an outdoorsman. He loved fishing and boating off Plum Island as well as his other local freshwater fishing spots. He was an avid Patriots and Red Sox Fan and followed the teams loyally. Biff and Lois, his Fiancée, enjoyed playing darts together, going to concerts and attending craft shows on the weekends.

Biff is survived by his two daughters from his previous marriage to Kathleen (Kerrigan) Watson of Hudson MA; Kaitlyn and husband Joshua Rudd of Hudson, MA; Danielle Watson and her significant other Steven Muller of Hudson, MA; his mother, Nettie Watson of Chelmsford, MA; his beloved grandchildren, Jacob, Grayson, Harper and Owen; his siblings, David K. Watson of Chelmsford, MA; Heidi Feeley of Maynard, MA; his Fiancée, Lois Slamin of Fitchburg, MA; her daughter Katy Ross and her significant other Kristin Snow of Tennessee; and many nieces, nephews and friends.