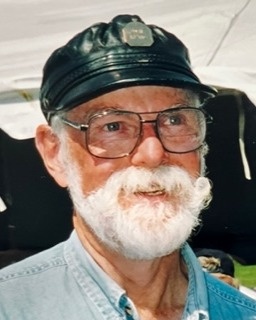 Donald Brewster Rising, of Stow, MA, passed away on September 1, 2022, at home at the age of 86 with his beloved wife of 61 years Marcia at his side.

Don was born in Newton Center, MA to the late Philip Rising and Mildred (McKey) Rising.  He was raised in Needham, MA, was valedictorian of his graduating class at Needham High School and graduated from Worcester Polytechnic Institute in Worcester, MA. Along with his loving wife, Don leaves, three sons, Christopher of Cary, NC, Jonathan of Ocala, FL and Matthew of Springfield, VA, two daughters-in-law, Cindy and Camella, his brother David of San Anselmo, CA, and four grandchildren, Rachel, Rebecca, Nicholas and Jonathan.

Don was a retired mechanical engineer who worked for the Arthur D. Little Company for several years and then for Millipore Corporation for 32 years where he was named an Engineering Fellow before his retirement. Don was also awarded 20 patents while working in research and development.

Don and Marcia moved to Stow, MA in 1961, to a home that was built in circa 1725.  Don worked on restoring the home using the same tools that were used when the house was originally built, even forging nails to the correct style.  He was a fine craftsman and machinist, loved the history of early tools and engineering customs, and once even hosted a “barn raising” for a barn he built.

Along with his love of old houses, he also loved antique cars, especially brass era cars.  He served as the President of the Horseless Carriage Club of America and his pride and joy were a 1905 single cylinder Model F Cadillac, shortly followed by a 1911 Model 30 Cadillac, and then came the 1911 Model T Ford which was affectionately known as his “backup car” in case the Cadillacs didn’t work! Don cared very much about the town of Stow, serving for 20 years on the Planning Board, was interested in land conservation and in 1977 was a founding member of the Stow Conservation Trust. He served on this board until his passing.  He was also a Stow Minuteman, helping with the formation of this group of Revolutionary War reenactors and celebrated Patriot’s Day many years by marching to Concord, MA.

Don was a wonderful father and husband and cherished his family.  He lived a full and creative life and was always working on “something”.

A private graveside service was held at Brookside Cemetery in Stow, and a celebration of his life will take place at 2 o’clock on Sunday, October 23, 2022, at the First Parish Church of Stow & Acton 353 Great Road, Stow, MA 01775.

The family strongly encourages masks for those attending the service.

The service will also be live-streamed.  https://www.fpc-stow-acton.org/services/service/don-rising-memorial-service. In lieu of flowers, donations can be made in his memory to the Stow Conservation Trust, P.O. Box 397, Stow, MA 01775 or to the First Parish Church of Stow & Acton, 353 Great Road, Stow, MA 01775.