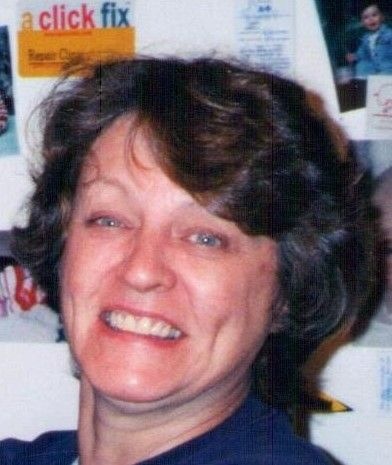 Diane (Torppa) Tucker age 62 and life-long resident of Maynard passed away on Sunday, April 5, 2015 at her residence surrounded by her loving family. She was the devoted and loving wife of 40 years to Frank Tucker, Sr.

Born in Concord on July 3, 1952 she was the daughter of Herbert A. Torppa of Maynard and the late Betty A. (Teele).

Diane graduated from Maynard High School in 1970, married on May 4, 1974 and remained in Maynard where together they raised their loving family. Diane cherished being a wife and mother and was always present at her children's sporting events and activities cheering them on from the sidelines. She also enjoyed watching the Boston Red Sox and New England Patriots. Diane also worked for many years as the office manager and bookkeeper for the family business NAPA Auto Parts in Maynard.

Along with her husband and father, survivors include her devoted children, Frank Tucker, Jr. and wife Toni and Katie Tucker all of Maynard. She is also survived by her grandchildren Jordan, Frankie III and Jaxxon which she dearly adored. She was also the sister of the late Lynn Giguere.

Family and friends will gather to honor and remember Diane on Friday, April 10th from 5:00-9:00 pm in the Fowler-Kennedy Funeral Home, 42 Concord St., Maynard. Her funeral service will be held on Saturday at 11:00 am in the funeral home. Burial will be private.

The Tuckers would like to thank their extended family, friends and the community for their kindness and support during Diane's illness. Please consider a donation in her memory to help finish the fight against cancer. Contributions should be made to the Relay for Life - Team Ladybugs http://go.relay.org/2Zp9X Thanks Ladybugs!