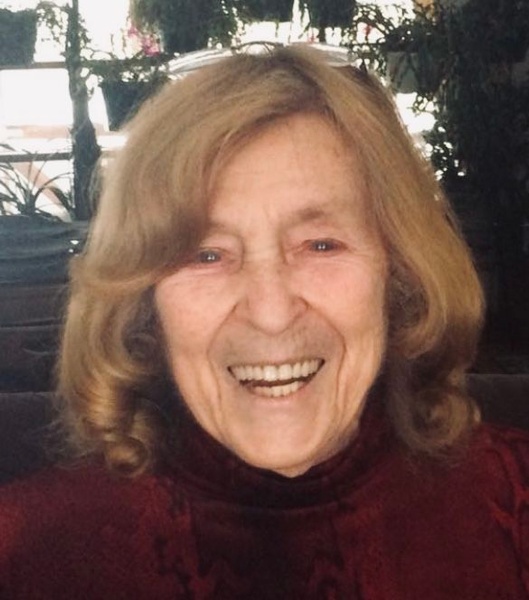 Diane (Brochu) Johns, age 82, passed peacefully in her home with family by her side on Wednesday, April 29, 2020. Born January 4th to Aldea and Rene Brochu, Diane Johns was the eldest of four children and lived a life of love and purpose.

Diane grew up in her Canadian French family in Jewett City, CT. She learned English for the first time when she started kindergarten and was the first in her family to pursue education post high school. She graduated with a nursing degree from the William W. Backus Hospital and worked in pediatrics and correctional care before moving with her husband Ronald Martinsen to Stow, MA. Soon after moving to Stow she and Ronald divorced and she joined Digital Equipment Corporation (DEC).

A woman ahead of her time, Diane was a full-time working mother and during her career at DEC she earned two master's degrees and rose to the position of Corporate Nurse, overseeing over 130 nurses at DEC's facilities around the world. She fondly recounted stories of traveling to help establish and oversee facilities in Ireland, Scotland, England, France, and Mexico.

It was at DEC she met her second husband, Albert Johns, Jr.; they were together for over 40 years until Al's passing in 2014. Diane and Al shared a love of the ocean, family, friends, and playing cribbage. They traveled frequently to their summer home in Boothbay, ME and enjoyed spending time with friends and family in Mexico, Hawaii, and St. John.

Diane was a devoted mother and grandmother, and proudly shared stories about her children and grandchildren to all who would listen. In addition to her many stories, Diane was also well known for her artistic talents. Her unique eye for color and pattern were evident in her crafts, especially her quilting. An avid and prolific quilter, Diane made hundreds of quilts in her lifetime, often having two or more in process at the same time. Her grandchildren received their first cradle quilt as a baby and additional quilts as they grew up, attended college, and post-college. Diane received many awards for her quilts and one of her greatest joys was weekly get-togethers with the Concord Piecemakers and other quilting friends where she would happily share her works in progress and expert tips. A resident of Stow, MA for over 50 years, Diane contributed to the commemorative quilt that hangs in the Stow Town Hall.

In addition to her crafts, Diane loved to read, garden, and cook. In her backyard in Stow she grew dozens of tomato plants, corn, beets, carrots, rhubarb, peppers, squash, pumpkins, onions, eggplant, cucumbers, cabbage, turnips, radishes, pole beans, herbs, and flowers. Diane was an excellent cook – the homemade marinara sauce made from her garden-grown tomatoes and onions was a family favorite - as were the untold number of pies and jars of pickles and jellies generously shared with neighbors, friends and family.

Diane was also known for her witty sense of humor and strong mind. She could be stubborn to a fault; this stubbornness was evident in her desire to live independently in her home and in her refusal for timely medical care. In February 2020, after taking out her rubbish despite the snow and sleet, she slipped down her basement stairs and refused immediate medical care. From February to April, Diane was in and out of hospital and rehabilitation facilities as she struggled to recover from the trauma to her cracked ribs, kidneys, and ongoing heart and lung conditions. It was her most fervent desire to be cared for in her home in Stow, which she loved so much, and her family is deeply grateful to Acton Nursing Services and the VNA for their support in honoring Diane's final wish.

Diane was predeceased by her husband and a sister. She is survived by two sisters, two daughters, two stepsons, and twelve grandchildren.

A memorial will be planned to celebrate Diane's life when the times allow. Donations in honor of Diane can be made to the Massachusetts Society for the Prevention of Cruelty to Animals (MSPCA).