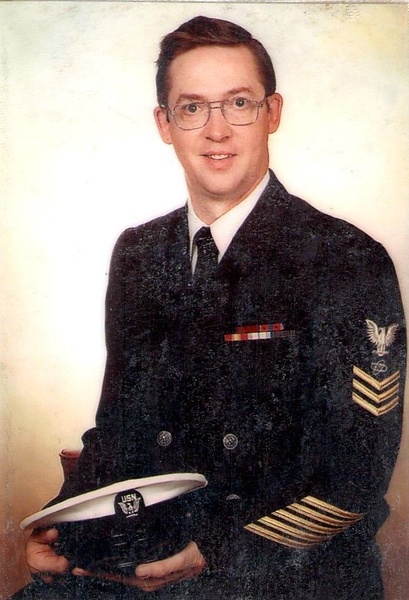 Dennis Paul Bernhardt, 75, of Maynard, Massachusetts, passed away on Saturday, March 10, 2018, at the Veterans Hospital in Bedford. He was the beloved husband of Joan M. Bernhardt.

Born on August 8, 1942, in Niskayuna, New York, he was the son of Irving Layton Bernhardt and Marjorie Alice (Becker). Raised and educated in Alplaus and Scotia, NY, Dennis graduated from Scotia-Glenville High School with the class of 1960. After graduation, he enlisted in the United States Navy, and proudly served his country from 1960-1963 as an electronics technician on the USS Boston. After his active duty, he settled in the Boston area. He retired from the Naval Reserves after 20 years in 1985, and in 2014, retired from a long career as a printed-circuit board designer from Thorton.

Dennis was a member and Adjutant of the American Legion Post 156, Waltham, for many years. He enjoyed traveling, assembling ship models, researching his family genealogy, and publishing a book on the Becker Family: The descendants of Phillip Becker, who settled in Berne, NY, 1840-1999.

In addition to his wife Joan, whom he married on June 26, 2010, Dennis is survived by his brothers, David Bernhardt of Hudson, MA and Gary Bernhardt of Pattersonville, NY; his nieces, Christine Smith and Sherri Chapman; and his step-children Suzanne, Francesca, Jorge, and Frank Rivera. He was predeceased by his first wife, Noel, his parents, and his sister, Joan Langevin.

Family and friends will gather to honor and remember Dennis on Saturday, April 7, 2018 from 10:00 am -12:00 pm at the Fowler-Kennedy Funeral Home, 42 Concord Street, Maynard. His funeral service will follow at noon. A private committal service with U.S. Navy Military Honors will be held at Glenwood Cemetery, Maynard

In lieu of flowers, donations in his memory may be made to the Special Needs Arts Programs, P.B. Box 598, Lexington, MA 02420, or at http://www.snaparts.org/donate.