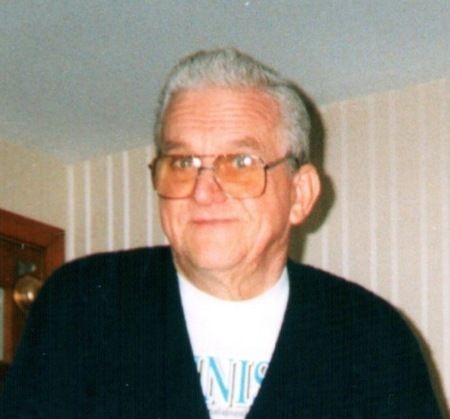 David P. Pekkala , known to his family and friends as "Pekk", Age 83 of Lowell, passed away on Wednesday, November 13, 2013 at Northwood Rehabilitation and Health Care Center of Lowell. David was born in Concord, MA on May 21st, 1930, the son of the late Weikko and Ida K. Pekkala of Maynard, MA.

Raised and educated in Maynard, David graduated from Maynard High School in 1950. He enlisted in the U.S. Army, serving as a Platoon Sergeant with the 25th Infantry Division "Tropical Lightning", from 1950 to 1953 during the Korean Conflict. Upon his discharge, he returned home and began work as a union carpenter for Local 49 Carpenter's Union of Lowell for 38 years. He met and married the former Evelyn Paquin and settled in Lowell, where they raised their 2 daughters and 4 sons. He found great joy spending time with his family, his grandchildren, his cats, listening to classical music, and vacationing at the White Mountains and Cape Cod. He was passionately committed to family, God and country, and was very proud to be an American and one of Finnish descent. He loved this country and was proud to have served his country during the Korean conflict. Whenever his family thinks of him, they think of him as sisu - guts and perseverance in Finnish. He impressed the importance of sisu upon his children and grandchildren.

David is survived by his 6 children, Sharon Kuroki of Lowell, Lisa Bibbo and husband Chris of Westford, Mark and wife Kathy of Tyngsboro, Richard and wife Kim of Austin TX, Steven of Lowell, and Bruce and wife Karen of Chelmsford. He also leaves 12 grandchildren Kristina, Michiko, Eric, Katriina, Christian, Cory, Erik, Victoria, David, Jake, Matthew and Bailey. He is also survived by many nieces and nephews, as well as his sister in-in law Pauline Duffy of Lowell. David was predeceased by his wife Evelyn after 39 years of marriage, 2 grandchildren, Natalie and Ayden, and his 7 brothers and sisters.
The Pekkala Family would like to especially thank the entire staff of Northwood Rehab, David's Northwood Family, for the loving and outstanding care and compassion that David received during his time spent there.