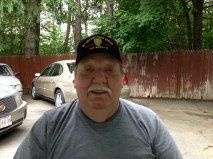 Daniel F. Donovan age 68 of Maynard formerly of Lexington passed away suddenly on Thursday, October 31, 2013. He was the husband of Kyong (Kim) Donovan.

Born in Cambridge on July 14, 1945 he was the son of the late Frances and Margaret (McCabe) Donovan.
Raised and educated in Lexington he graduated from Lexington High School.

He enlisted in the United States Army during the Vietnam War, upon his return home he married settled in Lexington then later moved to Maynard.

Daniel was employed as petroleum disbursement engineer with various oil companies for many years.

He was also a disabled Vietnam Veteran from injuries sustained during the Vietnam War.