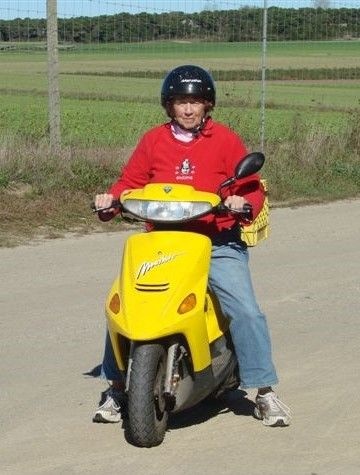 Constance "Connie" Bigelow (Whitney) Lehto, age 88 of Maynard, passed away peacefully on Tuesday, April 24, 2018 with her family by her side. She was the loving wife of Milton "Milla" Lehto for over 67 years.

Born in Concord, Massachusetts on May 2, 1929, she was the daughter of the late Edith May (Carr) and Alton Phelps Whitney. She was a graduate of Maynard High School, class of 1947, and went on to study at the University of Massachusetts and receive her Master's degree in Education. She taught elementary school in Stow for more than 25 years, retiring in 1989.

Connie was a lifelong resident of Maynard, but spent the past 60 summers on Nantucket, which she considered heaven on earth. She was well-known on the island for her successful golf ball resale business and, up until a few years ago, she could be seen riding her moped to pick blueberries, hunting for errant golf balls and dredging for scallops in her waders. She was an avid golfer, but in earlier years also enjoyed tennis, camping, hiking, cross-country skiing, and basketball. She excelled at dominoes and showed no mercy. Her love of travel led her to Egypt, Alaska, and England, which she enjoyed with gusto.

In addition to her husband, Connie is survived by three daughters and their husbands, Stephanie and William Susetka, Kristin and Robert Herrick, Suzanne and John Morgan, a son-in-law Kenneth Viafore, her sister Carole and her husband, George Hardy, nine grandchildren, five great-grandchildren, numerous nieces and nephews and a wonderful caregiver, Emily MacKenzie. She was predeceased by her daughter, Karin Viafore, and sister, Virginia Whitney.

Connie will be remembered for her strength of character and tenacious Yankee spirit.

Family and friends are invited to honor and remember Connie on Saturday, May 5, 2018 from 2:00 p.m. – 4:00 p.m. at the Fowler-Kennedy Funeral Home, 42 Concord Street, Maynard. Her funeral service will follow at 4:00 p.m. at the conclusion of the visitation. Burial will be private.

In lieu of flowers, donations may be made to Lyme Disease Association, Inc., P.O. Box 1438, Jackson, New jersey 08527 or
Lymediseaseassociation.org