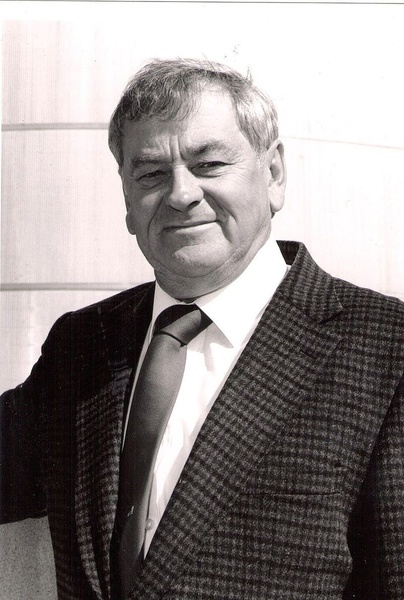 Clifford J. MacCulloch, age 91, of Maynard, passed away peacefully at his home on Saturday, January 1, 2022. He was the loving husband of the late Shirley E. (Campbell) MacCulloch.

Born in Garden of Eden, Nova Scotia, Canada, on August 20, 1930, the son of the late Albert James and Helen (MacDonald) MacCulloch. Raised and educated in Linacy, Clifford and his four siblings worked on the family farm until he moved to Sudbury, MA under the sponsorship of his cousin William MacCulloch. At age 21, Clifford enlisted in the U.S. Airforce as Airman First Class assigned to the 51st Fighter Interceptor Wing in Okinawa as a hydraulic specialist. He proudly served his country during the Korean War from 1951-1955 and was awarded the National Defense Service Medal, the United Nations Service Medal, and the Korean Service Medal.

Clifford and Shirley married on March 12, 1956, in the First Presbyterian Church in New Glasgow Nova Scotia before settling in Maynard. With Clifford's dad, they built their home on Glendale Street where they raised their four children.

Clifford worked as a maintenance mechanic for W.R. Grace and Company for 24 years before retiring in 1991. Prior to W.R. Grace he worked for Brodie/Toyota as an engine/hydraulics specialist. After retirement Clifford worked part time maintaining the Acton Public School, made deliveries for Concord Dental Lab, before ultimately retiring in 1998 to care for Shirley when she became ill.

Family was most important to Clifford. He cherished the summers spent in Nova Scotia with his children and entire clan. He enjoyed freshwater fishing and camping. He was a parishioner of the United Methodist Church of Maynard and volunteered his time maintaining its grounds and building. He developed a close relationship Pastor Abiot Moyo and was known as the unsung hero of the church.
Clifford is survived by his children, Nancy Lynn Marland of Bolton, MA; Cynthia Ann MacCulloch of Stow, MA; Linda Gail Gower and husband John W. of Acton, MA; Alan James MacCulloch of Westminster, MA; his sister, Shirley Dimery of York, ME; his grandchildren, Erica, Hannah, Brian and Jason; also, his son-in-law Michael Marland. Clifford is predeceased by siblings Blanche Guislin, Marjorie (Betty) Torkelsen, and Helene Brown.

Family and friends will gather to honor and remember Clifford on Thursday, January 6, 2022, from 12:00-1:30 pm at the Fowler-Kennedy Funeral Home, 42 Concord St., Maynard. His funeral service will follow at 1:30 p.m. immediately after the visitation. Burial will follow at Glenwood Cemetery 260 Great Road, Maynard, MA 01754. The family will honor Clifford with a Celebration of Life in the spring.