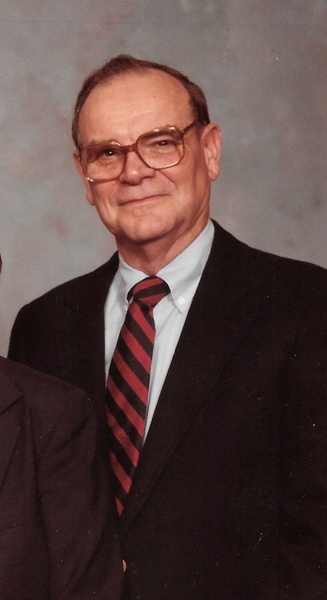 Clarence H. Innocent, 96, of Sudbury, MA passed away on August 10, 2021. He was born on April 6, 1925 in Meriden, CT to the late Maurice and Louisa (Cottam) Innocent where he lived and attended local schools, graduating from Meriden High School.

Clarence made his home in Sudbury for the past 52 years where he loved spending time outdoors and could often be found enjoying a daily cigar. He took great pride in maintaining a beautiful and meticulous yard.

Clarence enlisted and served in the U.S. Navy on the USS LST-452 during WWII and on the USS Harry F. Bauer during the Korean War. Between wars, he returned to Meriden where he attended and graduated from Laurel College.

Upon returning from his service in the Navy, he worked for several years at the C.N. Flagg Company in Meriden. While there, he was recruited to work as a sales representative for The Ridge Tool Company of Elyria, Ohio where he enjoyed a successful career that spanned over 25 years. During his tenure as their New England sales manager, Clarence was the many time recipient of the company's achievement award for outstanding sales performance and was also named to the Ridge President's Council. He was a member of several professional associations including The Yankee Hardwaremen, Inc. and The Nutmeggers, where he served as a past president.

Clarence was the husband of Evelyn Falk Innocent for 65 years until her passing in 2017. He leaves behind his daughter, Wendi Rocheleau and her husband Paul of Southington, CT and his son, James Innocent, of Sudbury, MA. He also leaves behind his grandson, Christopher Rocheleau of Phoenix, AZ and his granddaughter, Elizabeth Moore, her husband, Kyle and great-grandson, Louis of Denver, CO. He was predeceased by his sister, Bertha Innocent and his brother, Alfred Innocent.

Family and friends may gather at Fowler-Kennedy Funeral Home, 42 Concord Street, Maynard MA on Tuesday, August 17th from 11 am to 1 pm. The family will hold a brief prayer service following the calling hours. In loving memory of his late wife, memorial contributions in Clarence's name can be made to: