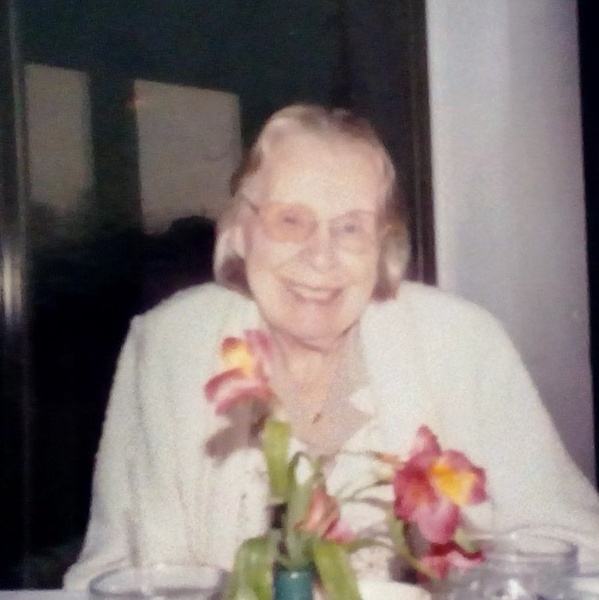 Carolyn S. (Sunbury) Pye, 91, of Ayer, formerly of Littleton, MA, passed away peacefully on Friday, August 4, 2017. She was the loving wife of the late Frederick F. Pye.

Born in Westford, Massachusetts on April 14, 1926, she was the daughter of the late Kenneth and Margaret A. (Carroll) Sunbury. Carolyn was raised and educated in Westford on the family farm. She met her husband Fred through mutual friends when he returned home from WW II. They married and settled in Littleton to raise their children. The couple were married for sixty four years before Fred's passing. Carolyn was soft spoken and had a kind and generous heart. She enjoyed helping others sometimes putting their needs ahead of hers. She taught English as a second language in Maynard, enjoyed gardening and loved animals.

She is survived by her two children, son Christopher Alexander and wife Rachel of Ayer, MA; daughter Maria Pye of Maynard, MA; her brother Stanley and wife Judy Sunbury of Tarpon Springs, FL.