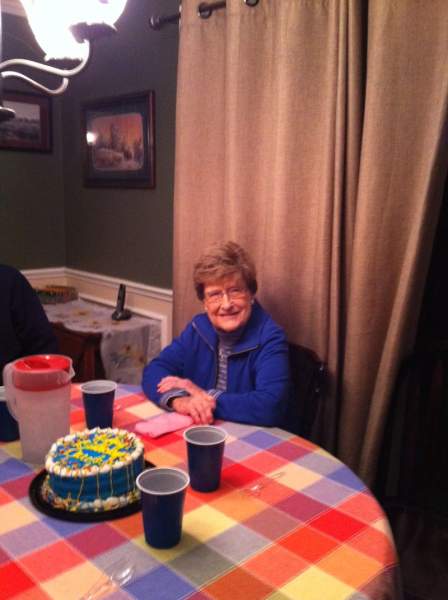 Carole Ann (Colby) Derby age 82 of Marlborough formerly of Stow and Maynard passed away on Saturday, November 28, 2015 at Metrowest Medical Center in Framingham. She was the wife of 54 years to the late Roger N. Derby who died in 2007.

Born in Brighton on January 23, 1933 she was the daughter of the late Parker M. and Viola (Blake) Colby.

Carole graduated from Hale High School in Stow and on December 27, 1952 she married the late Roger N. Derby at St Bridget's church in Maynard. She remained in Stow for many years before moving to Marlborough. Carole was a devoted wife and mother, she enjoyed spending time with her family, playing cards, reading and visiting their cabin on Long Lake, in Maine where she cherished many fond memories.

She is survived by her children Cathy Lord and husband Jonathan of Lancaster, Nancy Barry and husband Ralph Jr. of Hudson, Janice Behrer and husband David of Bedford, NH and Roger Derby Jr. and wife Pam of Harrison ME. She was pre-deceased by her sister Connie Vodoklys from NJ, and is survived by her sisters Jane Veo of Hudson, Pat Stefanowicz of Westford, Arlene Kenny of Maine and Thomas Keon. Along with 6 grandchildren Lauren & Matthew Barry, Jessica & Jason Behrer, and Heather & Roger Derby III.