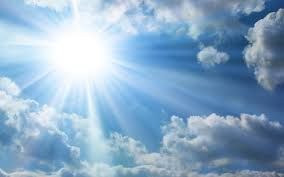 Born in Newton, MA on April 7, 1952 he was the son of Mary T. (Godino) Scafidi and the late Carlo J. Scafidi Sr. Carl grew up in Waltham and graduated from Waltham High School in 1970.

Carl and June were high school sweethearts, both working at the Giant Department Store. They married on November 3, 1974, moved to Maynard and raised their family.

Carl was an HVAC specialist. He worked at Raytheon for 25 years and also ran his own company "Auto Air Specialists".
Carl loved spending time with his family and his pets. He enjoyed old cars and listening to the oldies. He was an avid Red Sox and Celtics fan.

Along with his beloved wife June, Carl is survived by his 3 children Jennifer Rainsford and her husband Gareth, Brenda Scafidi, and Nicholas Scafidi, his sister Donna David and her husband Richard, his brother Dennis Scafidi and his fiancé Cynthia Forte, and several nieces and nephews. His first grandchild is expected to arrive in October.