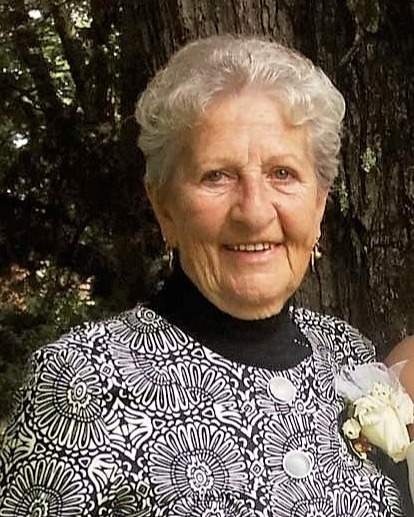 Beverly Lewis Benoit, 90, of Stow MA died on November 8th unexpectedly.  She had just celebrated a joyous 90th birthday party with her family and friends on October 23rd.  She leaves behind her son, James Lewis (Jane) of Southborough, stepchildren Michelle Benoit of Hudson, Teresa Peete (Robert) of Lancaster, Linda Syria (Robert) of Leominster, Kathy Mihara (Dale) of Hudson, John Paul Benoit (Karen) of Stow, and Anne Marie English of Hudson.  Beverly was predeceased by her first husband, David Lewis, son, Kevin Lewis, daughter, Diane Walsh and granddaughter, Kelly Walsh.  She was also predeceased by her second husband, Donald Benoit and stepdaughter, Deborah Rackliffe. She leaves behind 22 beloved grandchildren and 18 great grandchildren who all referred to her as “Gody”

Beverly enjoyed her summers at the “Camp” in Marlborough and filled many winter weekends snowmobiling in NH.  For the past 30 years she spent the winter in Florida where she enjoyed Disney World with her kids and grandkids every chance she could get.  She loved her town of Stow having been an active member of St. Isidore’s Parish since its founding in 1961.  She served the parish as a CCD teacher and choir member for many years.  She also volunteered as a Cub Scout leader, committee member and trainer for over 60 years being honored with the highest volunteer award of the Silver Fawn.  She was a school bus driver whose student passengers always referred to her as “Ma”, and was a driver for 30 years for the Senior Van with the Council on Aging.  She lovingly and compassionately delivered her clients to wherever they needed to be.  She will be missed by all who knew and loved her.

In lieu of flowers please consider a charitable donation in Beverly’s memory to either of her favorite causes: Stow Friends of Council on Aging (SFCOA) 509 Great Road, Stow, Mass. 01775 or Troop One Stow Alumni (TOSA) P.O. Box 75 Stow, Mass. 01775.