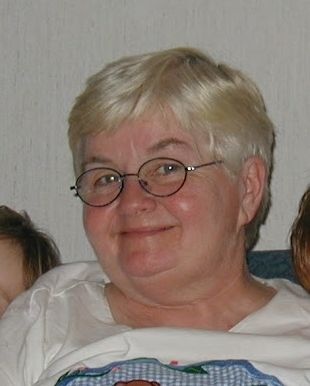 On Wednesday July 10, 2019, Bernadette McLaughlin, revered former principal of the Green Meadow Elementary School, passed away peacefully at the age of 79.

Bernie was born in Somerville on September 5, 1939 to Joseph F. and Catherine M. (Conway) Tiffany. After graduating from Emmanuel College, she began a lifelong commitment to educating children at the Proctor School in Somerville. Soon thereafter, she married John V. McLaughlin of Medford with whom she had two children that she loved deeply. The family moved to St. Louis, MO where Bernie worked as an elementary school teacher for fifteen years in the University City public school system. Following the sudden death of her husband in 1976, Bernadette embodied her commitment to the value of education by completing a Master's degree in Educational Administration at the prestigious Washington University in St. Louis while working full-time and raising two children as a single parent.

In 1984, Bernadette returned to the East Coast to become the principal of the Bernice A. Ray Elementary School in Hanover, NH and then the principal of Pittsfield Elementary School in Pittsfield, NH. After serving the children of New Hampshire for over a decade, she took over as principal of the Green Meadow Elementary School in Maynard where she was cherished for uniting a community of teachers, parents and students until her retirement in 2010. Bernie was well known for greeting every child by name as they walked through the doors of the school each morning. She leaves behind a legacy of countless children's lives that she has influenced and guided over four decades.

In addition to being a dedicated teacher, Bernie was known for her dry wit and her legendary skills as a bargain shopper. She was quick to snap up any item being sold at the right price regardless of whether anyone she knew had a need for it. Extraordinarily generous with family, friends and acquaintances, Bernie knew she would eventually be able to find the right recipient for every item. She was renowned for being able to pull anything you might express an interest in from the seemingly bottomless trunk of her car. She was particularly known for spoiling her beloved grandchildren with enormous boxes of gifts on every occasion and even on no occasion at all.

Bernadette is survived by her son John McLaughlin, her daughter Dr. BethAnn McLaughlin, her sister Claire Tomko, her brother Joseph Tiffany, Jr. and her sister-in-law Madalyn (Gigante) Tiffany. She will also be greatly missed by five grandchildren: Connor, Billy and Molly McLaughlin and Colin and Amelia Stanwood.

Visiting hours will be this Friday July 12th from 4:00 p.m. to 6:00 p.m. at the Fowler-Kennedy Funeral Home on 42 Concord Street in Maynard. A brief service open to the community and former students will be held at 10:00 a.m. on Saturday July 13th also at the Fowler-Kennedy Funeral Home. A memorial mass is being planned for the Fall. In lieu of flowers, memorial donations may be made to the Green Meadow Elementary School.