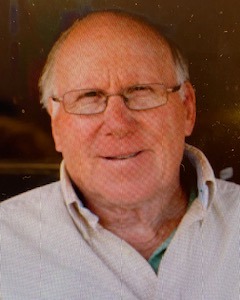 Barry was born in Concord, Massachusetts on March 13, 1943, to the late Russell Sr., and Edna (Mooney) Heinonen. He was a lifelong resident of Maynard, graduating with class of 1961, Maynard High School.  Barry served in the Massachusetts National Guard from 1961-1965.  Barry and Ann married on February 25, 1967.

Barry wore many hats in his professional career. He worked for the town of Maynard, Department of Public works for several years before starting Assabet Valley Tree and Landscape Company in 1972.  The couple ran the business together for fifty years.  Barry was a talented arborist and enjoyed helping customers with their tree and landscape needs along with a few stories about his town and the people in it.  Barry also served on the Board of Commissioners for the Department of Public Works for one term.

Barry had a passion for speed. He enjoyed auto racing and powerboat racing.  Barry loved ethnic music, especially Polish and Irish.  He was a traditional contributor to the annual Polish picnic and eventually ran the event for several years when St. Casimirs Church no longer sponsored the event.  Barry also enjoyed listening to Irish Music and often could be found at the Black Rose in Boston attending performances by Irish entertainers.

There will be a gathering at the Maynard Elks Lodge 34 Powder Mill Road, Maynard, following the service.

In lieu of flowers please consider a charitable donation in Barry’s memory to a charity of your choose.