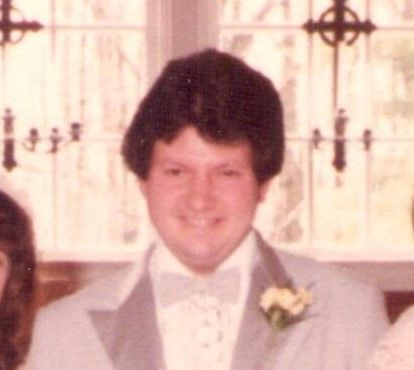 Born in Waltham, MA on November 4, 1956 he was the son of Gertrude "Trudi" (Traunwieser) Rasmussen and the late Arthur H. Rasmussen.

Raised in Maynard, Art graduated from Maynard High School class of 1974. He also played on the high school baseball team.

Art worked in the mail room for many years at Digital Equipment Corporation.

Art enjoyed spending time with his family, especially with his son Greg. He was an avid Red Sox, Bruins, Patriots, and Celtics fan. He also enjoyed golfing, bowling, bingo, and was an active member of United Methodist Church in Belmont-Watertown.

At the age of 13 Art attended a Red Sox game with his father who at the time was wearing his U.S. Air Force uniform, they were greeted by baseball legend Ted Williams, who was also an U.S. Air Force veteran. Art and his father were invited onto the field before the game and Art watched the first half of the game from the dugout.

Art is survived by his mother Gertrude Rasmussen of Lincoln, his son Gregory A. Rasmussen and his wife Seraphina of Waltham, his sister Sonja Wolfsberg and her husband James of Lincoln, and his nephews Ryan and Harrison Wolfsberg.

Family and friends will gather to honor and remember Art on Monday, June 20, 2016 from 10:00 a.m. to 11:00 a.m. in the Fowler-Kennedy Funeral Home. His funeral service will follow at 11:00 am. Burial at Lincoln Cemetery, Lexington Road, Lincoln.

In lieu of flowers donations can be made in Art's name to the American Cancer Society, 30 Speen Street, Framingham, MA 01701.