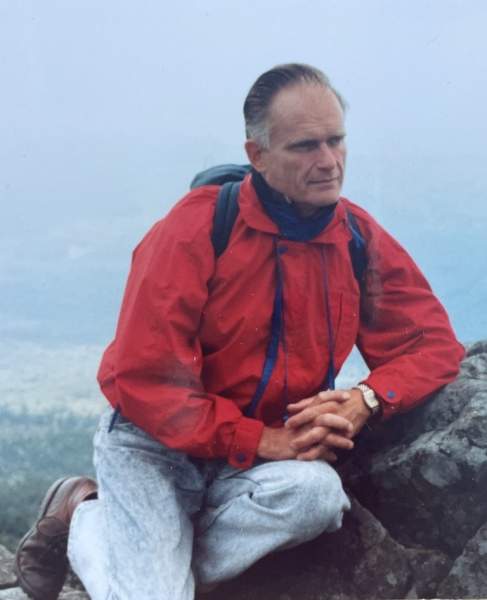 Arthur E. Carlson Jr., age 80, of Stow, passed away peacefully on Monday, August 22, 2022. He was the loving husband of Gillian (Brook) Carlson. They were married for 55 years.

Arthur was born in Norwood, Massachusetts on April 28, 1942, to the late Arthur E. and Mildred (Rosen) Carlson. He was raised on his family dairy farm, Pine Grove, in East Walpole. Arthur graduated from Walpole High School, class of 1960. He continued his education at Franklin Institute, Boston, earning his Associates Degree in 1962. Arthur and Gillian were married July 22, 1967 and moved to Stow. He then continued his education taking evening classes at Northeastern University and earned his Bachelor of Science in Electrical Engineering in 1971. For a number of years he taught evening classes in electronics at Franklin Institute in Boston and Tri-County Vocational School in Franklin. He worked at GenRad for a total of 34 years (including five years in their regional office in Schaumburg, Illinois). He later worked at Raytheon for another six years, retiring in 2002.

Throughout the years, Arthur always enjoyed spending time with his family, traveling all over the country, in both his trailer and motorhome, sightseeing, hiking and especially enjoying national parks. Arthur cherished his time on the water, whether it was teaching his children how to waterski or boating from Hyannis Marina exploring the New England coast with his wife.

Family and friends will gather to honor and remember Arthur on Monday, August 29, 2022 from 9:30 a.m. – 11:00 a.m. at the Fowler-Kennedy Funeral Home, 42 Concord Street, Maynard. His Funeral Service will follow at 11:00 a.m. A burial will follow at Brookside Cemetery, Stow.