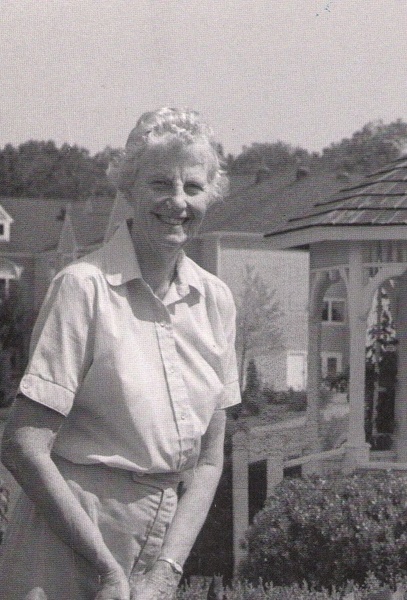 LORD, Ann E. of Walpole passed March 13, 2021 at the age of 99. Born June 9, 1921 to Arthur and Mary (Spence) Lord she was raised in Stow, Massachusetts. Ann was predeceased by her two best friends - her sisters, and their husbands, Jean and Joseph Lalli of Stow, MA, and Ruth and Merton Bell of Cotuit, MA, and also by her nephew Peter Bell.

After graduation from Stow High School in 1939, she attended Framingham Union Hospital nursing diploma program and became a registered nurse. In 1944 she joined the United States Army as a First Lieutenant and served with the 184th General Hospital, Army Nurse Corp in England during World War II. Following her Honorable Discharge she continued with her education earning her BA in Nursing Education from Boston University at night while working at the Boston VNA. Awarded a scholarship from the VNA, she earned her MSN from Boston University. Ann joined the nursing school faculty at Boston University and after a few years went on to the nursing faculty at Simmons College. While there, she also taught courses as a Fellow at Harvard University. She remained at Simmons until her retirement in 1986, where upon her retirement she was appointed Professor of Nursing Emeritus. Ann authored two nursing publications and co-authored a third.

After her retirement, Ann had more time to pursue her passion for gardening. While she remained living in Boston she maintained her garden plots at the Fenway. In 1992 Ann moved to New Pond Village in Walpole and as a truly gifted gardener took on the Gazebo garden. In a few short years, Ann had established such an amazing garden, that in 1996 the gazebo garden was awarded first prize for area gardens by the Sharon Garden Club. For many years to come, Ann would tend this garden and it wasn't until she was in her 90's that she reluctantly stepped aside.

Ann had many wonderful visits from her niece Merriann Bell who spent hours with Ann baking and sharing stories. In 2019 Ann took a trip down memory lane with her friend Sue when they drove through Maynard and Stow so Ann could visit all the places she cherished growing up. On that trip she had the most unexpected and wonderful invitation by the current owner to tour inside the home where she and her sisters grew up.

A private burial will be held in Maynard where Ann will join her parents at the family plot. For those who want to make a donation in Ann's honor, she chose as the recipient the Native Plant Trust (formerly the Garden in the Woods) at 180 Hemenway Road, Framingham, MA 01701.