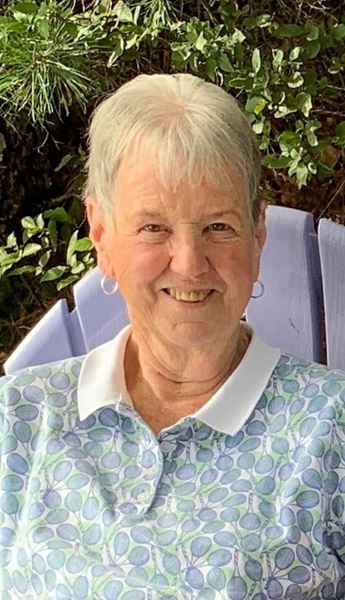 Alice L. (Goucher) Mortenson, age 87, of Stow, passed away peacefully surrounded by her family after waging a long battle with cancer. She was the loving wife of Richard A. Mortenson.

Born in Concord, MA, Alice was the daughter of the late Robert A. and Barbara (Swift) Goucher. She was a life-long resident of Stow, growing up on Red Acre Road with her five brothers and sisters. Later, Alice raised her own family in a home next to Red Acre Farm a half mile away.
Alice was a graduate of Hale High School's class of 1952. She was an active, life-long congregant of and volunteer at The Union Church of Stow (where she was married) serving as a volunteer for church group rummage sales, meals, and participating in bible studies and the church choir. She also sang in the Acton Community Chorus.

During her adult life, Alice volunteered with her children's Cub Scout and Girl Scout groups, enjoyed sewing and quilting, cooking, downhill and cross-country skiing, tennis, square dancing, playing bridge and other card games, bocce, the beach, time in her flower gardens, feeding the birds, and hunting for Lady's Slippers in the woods near home. Alice enjoyed trailer camping with her young children as well as journeys to Canada, Bermuda, the U.S. Virgin Islands, the mid-west, and Utah, but escapes to the family's summer cottage in Maine and winter residence in Naples, Florida were among her favorite outings. For many years, Alice worked in Stow's tax collector's office and Stow's accountant's office, and she enjoyed greeting townsfolk while working the polls and tallying the votes at Stow's town hall.

A private memorial service is planned. In lieu of flowers, donations may be made in memory of Alice to the American Cancer Society, P.O. Box 22478, Oklahoma City, OK 73123.