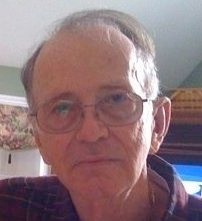 He was born in Leominster, MA, on April 10, 1941, to the late Agnes and Albert Johns Sr. Al graduated from Leominster High School where he lettered in football and track and was a key contributing member of the 1958 undefeated track team. Al served in the U.S. Army with distinction and built his career in engineering and customer service at Digital Equipment Corporation, Hewlett- Packard and Compaq.

Al was a loving and devoted son, husband, father, brother and friend. He was a people person and his generosity and sense of humor brightened the lives of those fortunate enough to know him. He enjoyed tinkering with anything mechanical, but fishing, anywhere and at any time of the year, was his most favorite hobby.

Al is survived by his wife Diane, sister Marcia, four children and 12 grandchildren.